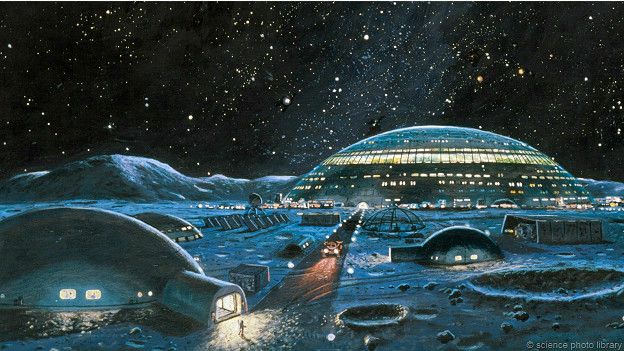 The head of the European space Agency is confident that “lunar village” will be the main point for further space exploration.

Upon hearing this phrase, most before eyes there is a picture from the movie: moonlight in the desert under the large dome is a struggle for the lives of several of the forgotten scientists.

Jan Werner immediately warns that this presentation is completely not the same with the future destiny of the village. Lunar village is not home, shops, bakery and school. This is the future of the study of all space.

The international space station in the next decade will produce the resource. The unique project will fall into the waters of the Pacific ocean and the next team of astronauts will send no where. Director General of the ESA believes that it would not lose the possibility of further space exploration, it is urgent to develop a new plan.

If NASA is trying hard to solve the most difficult technical challenge of sending humans to Mars, ESA is confident that only the Moon for future space exploration.

Lunar Village is a large community of private and public companies, developing and working on the lunar surface. Such a project for future space exploration and invites the European space Agency.

As said the head of ESA, the single player missions development of lunar space in the short term is difficult to implement. It is the “village” will provide the necessary infrastructure and knowledge for the further development of outer space.

It is reported that this idea is widely supported by many scientists who work on the question: “What steps to take next, after you produce the resource space station?”. Many believe that only the Moon is the place that you should pay attention to.

Doctor of planetology one of the University of London says that the moon exploration is not just a scientific curiosity, but rather the only correct way. Agree with his opinion, many scientists dealing with this issue. After the flight to the Red planet requires a lot more costs. And risk in the project more than the moon landing. In addition, the Earth satellite is a true archival treasure, which saved the whole history of the Solar system. On its surface “written” traces of all the cosmic bodies, which will give a large base of new knowledge for scientists.

Experts supporting this idea, compare it with the polar outposts. That they once helped to open people’s southernmost continent. And the moon in the “village” should open a lot of secrets and mysteries of outer space.