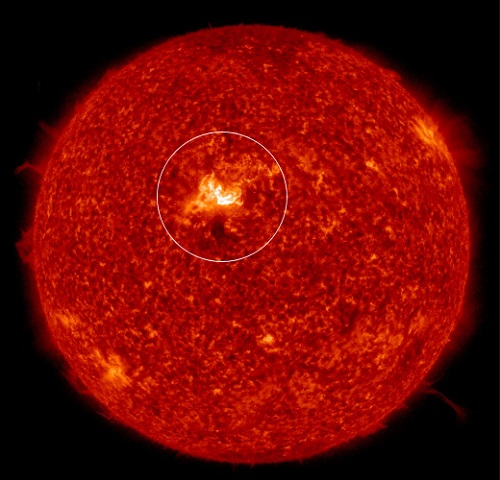 Radiation from the flare ionized Earth’s upper atmosphere. This, in turn, caused shortwave radio broadcasts over the Indian Ocean to shut down. Aviators, radio operators, and marine vessels could notice strange radio effects on frequencies below 25 MHz.

The plasma cloud is likely to reach Earth on October 11 or 12, which could lead to geomagnetic storms.

A more accurate estimate of the arrival time of the CME may come from NOAA’s computer simulations, which are currently underway.