Magnificent Jupiter on the pictures of “Juno” 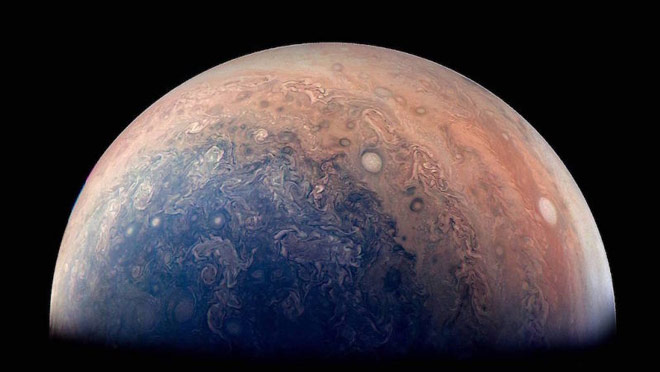 A long feeling of anguish crawls into the soul? Worried about our collapsing planet? Allow for a while to quench your sorrows by offering beautiful photographs of Jupiter to view. They will not solve any problems, but, probably, they will give you a good mood for the whole day.

A magnificent image in improved color, which was published by NASA, is made on the basis of a photo of the South Pole. The picture was taken by the Juno apparatus on December 11, 2016.

The probe chamber captured the delightful views of the gas giant ever since it arrived in orbit around Jupiter last July. Pictures were laid out in common, where they were turned into masterpieces of space art. 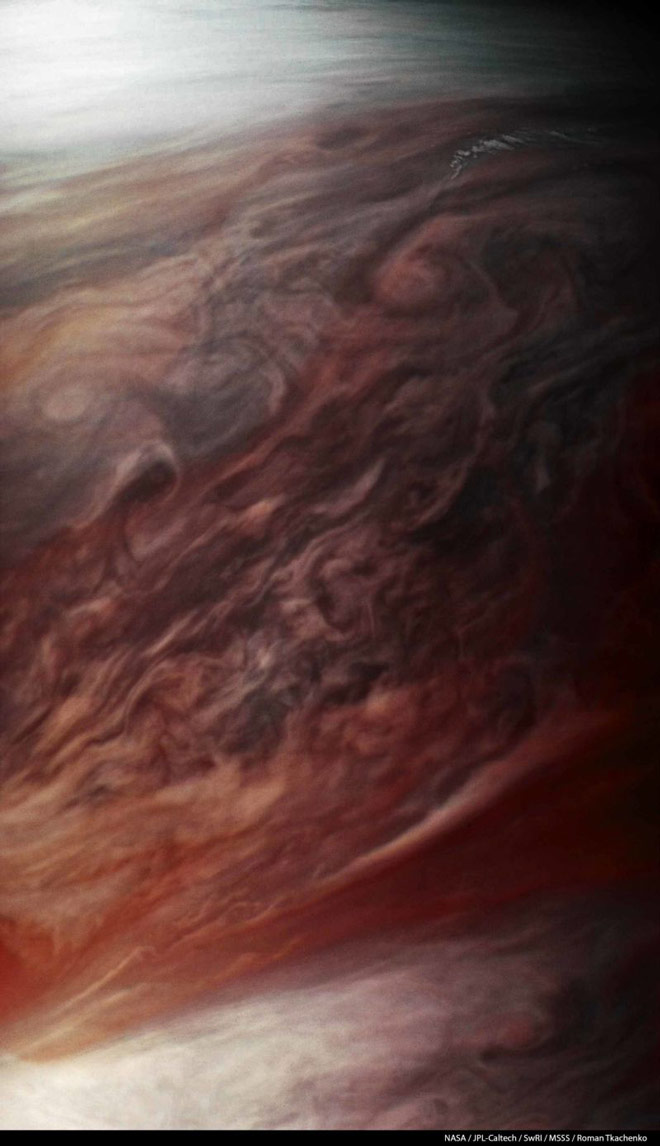 Look at this one. 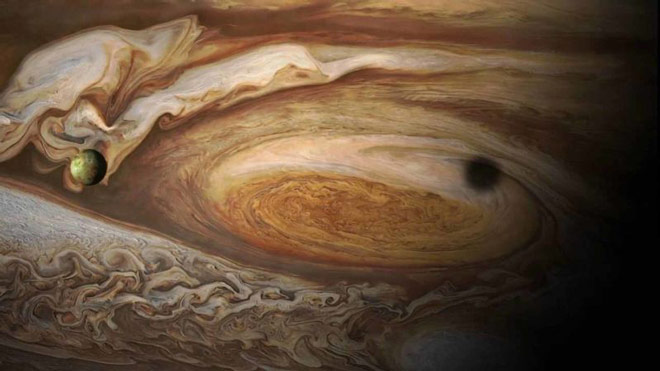 Jupiter is not only an unlimited source of beautiful pictures. The gas giant is amazing. Last week, members of the European Union of Earth Sciences told several scientific news that the apparatus of Juno recognized. For example, details about the strange ammonia weather on Jupiter and its magnetic field. The latter is much stronger than expected.

Of course, Jupiter hides even more secrets behind his strange and beautiful appearance. We look forward to when we can unravel all Jupiter’s riddles with Juno.