Mars before and during the global dust storm 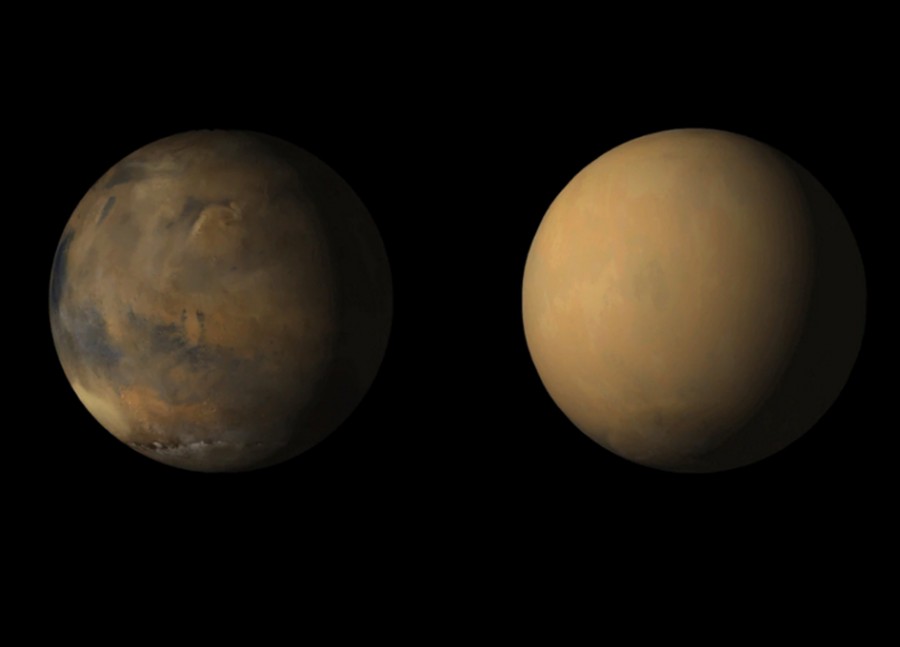 This video is created on the basis of the images made by the MRO camera MARCI (Mars Color Imager) installed on board the MRO. It allows you to compare how Mars looked from space to the beginning and in the midst of a global dust storm.

On the frames taken in May, you can see the giant canyons of the Mariner Valley, the Meridian Plateau, the Acidalia Plain, and the southern polar cap. Images for July show the same regions. But now they are hidden by dust. Of all the main formations of the red planet, only the tops of the Martian super volcanoes are confidently identified.

As a rule, global dust storms are formed on Mars every 6 to 8 Earth years. However, this time the break was 11 years. Scientists noticed the first signs of a storm on May 30. By June 20, the elements swept the entire planet. It is worth noting that despite all the visual awesomeness, when the storm dissipates, the dust raised by it settles down by a layer only thick in human hair. 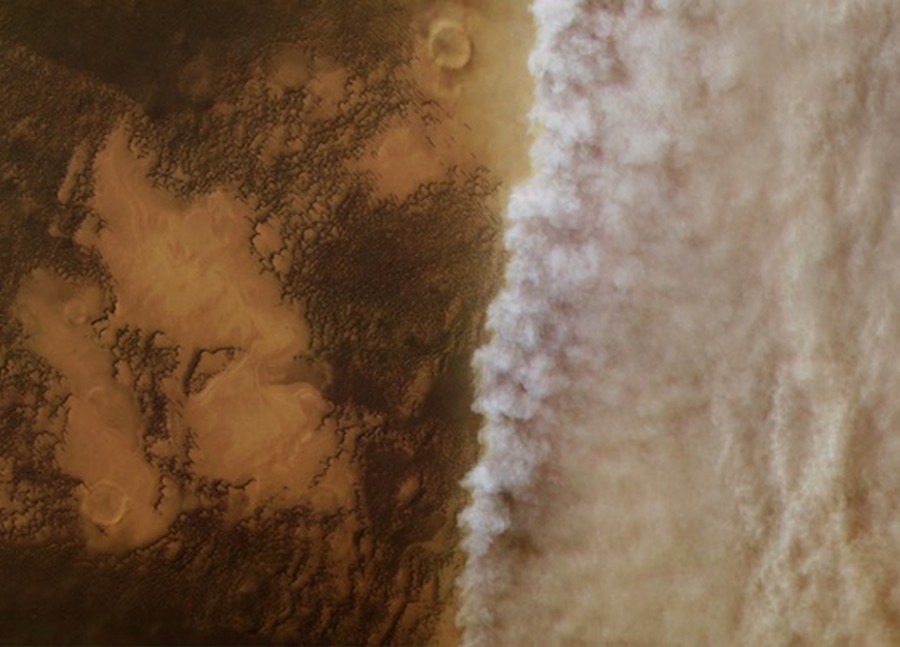 According to experts, most likely the current storm will last at least until September. This is not good news for astro-lovers. In late July, there will be a great confrontation between Mars – but the surface of the planet is almost certainly still hidden by dust. At the same time, for the scientific community this is a great chance to better understand the features of the weather cycles of the red planet. Working on the near-Martian orbit apparatus actively collect data on the dynamics of the storm and its impact on the upper atmosphere. 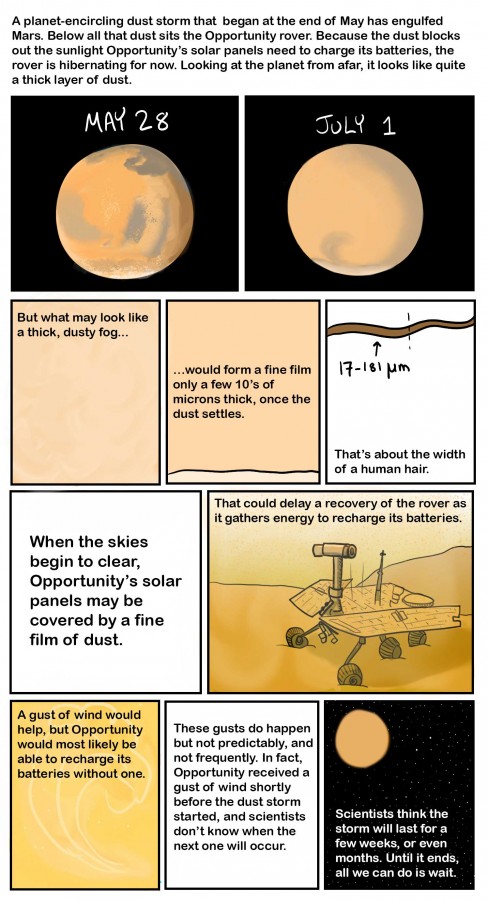 NASA Comics dedicated to the storm and fate of Opportunity

As for the rover Opportunity, he still does not get in touch. But the mission experts hope that the veteran rover will still be able to survive the storm and after its completion will be contacted.