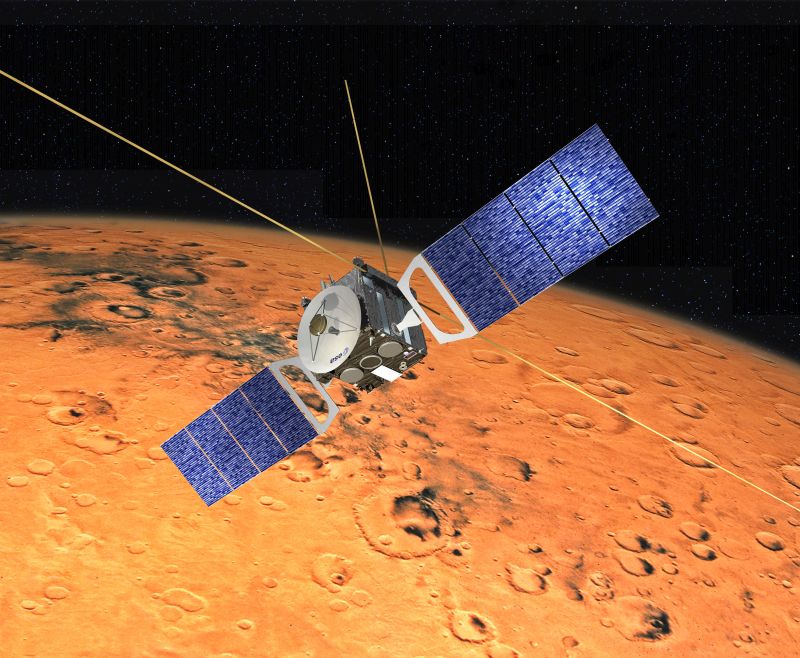 Fifteen years ago, the ESA European Space Agency launched the Mars Express spacecraft to explore Mars. In order to celebrate this anniversary, a team of scientists from ESA decided to demonstrate one of the most intriguing parts of the Martian surface.

The launch of the mission of Mars Express started on June 2, 2003, when the launch vehicle Soyuz FG was launched from the Baikonur cosmodrome in Kazakhstan with the Fregat upper stage and an automatic interplanetary station on board.

For 15 studies of a neighboring planet with a red tint, for which it was nicknamed the Red Planet, the scientists concluded that the mission of Mars Express was one of the most successful missions ever launched to Mars.

In honor of this, European researchers decided to show us images of one Martian region called Tarsis. This area is famous for its giant volcanoes and wide canyons. Once in the past, this area was extremely active geologically. Volcanoes exploded regularly. And under them moved tectonic plates. In this area is the largest part of the largest volcanoes in our solar system.