Mars Express has seen a labyrinth on Mars 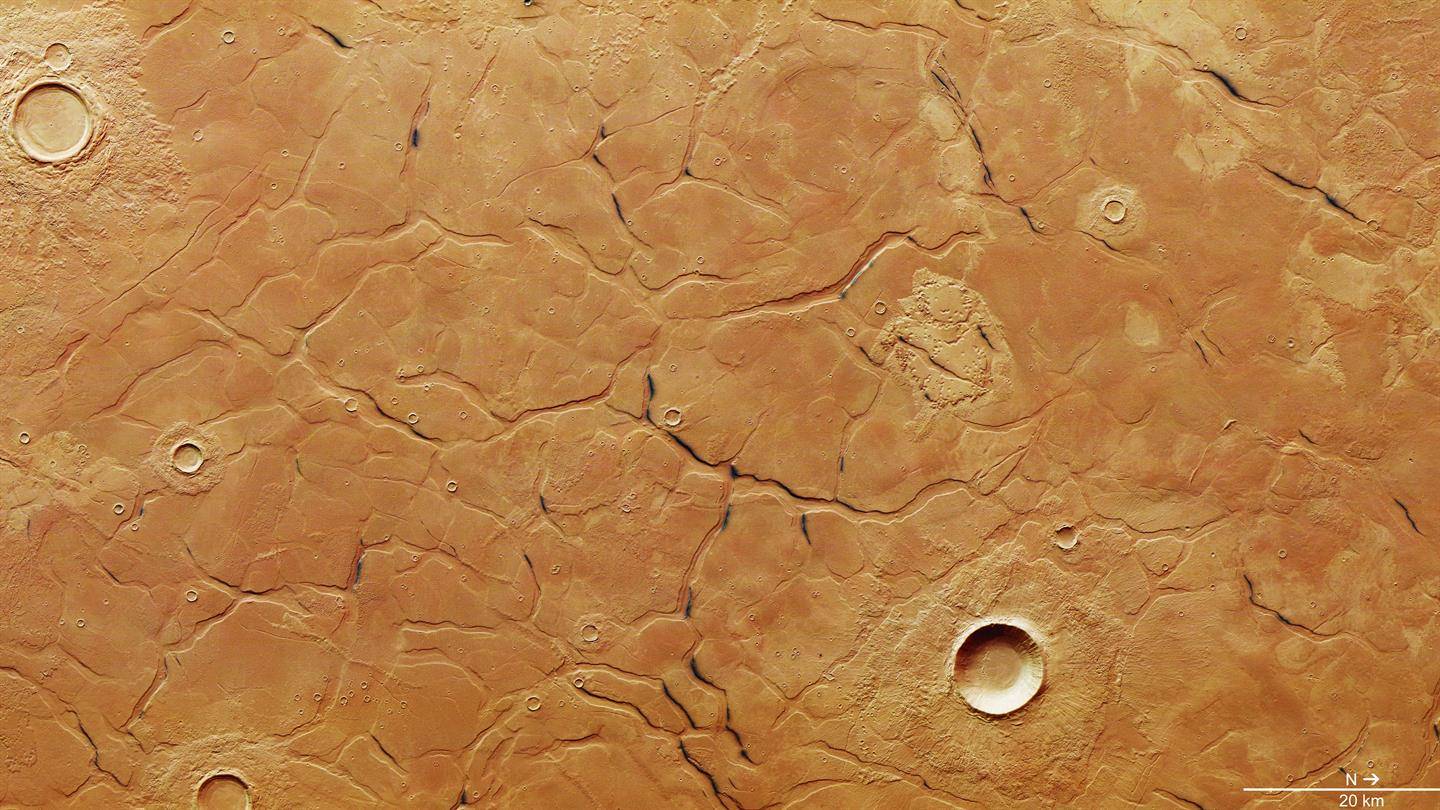 The European Space Agency has shared a picture from the automatic interplanetary station Mars Express in which the area on Mars, similar to a labyrinth is represented.

This region known as Adamas Labyrinthus, is around Utopia Planitia in east part of the northern hemisphere of the planet. On the submitted image a part of Adamas Labyrinthus where there are in a random way focused “blocks” divided by trenches up to two kilometers wide is visible.

According to specialists of the ESA, similar “picture” can be observed also on Earth, for example, at an oceanic bottom on some removal from coast. There are several versions of formation of similar educations: collapses of breeds under a body weight, pushing out of liquid from porous soil and local tectonic activity.

Geologists note that on Mars formation of area with strange grounds could be promoted by a catastrophic flood on the surface covered with ice where sedimentary breeds then contracted to grounds in process of pushing out of water from them.

The picture of geological structure, unusual, similar to a labyrinth, on Mars has been received by the device Mars Express on June 21, 2016.