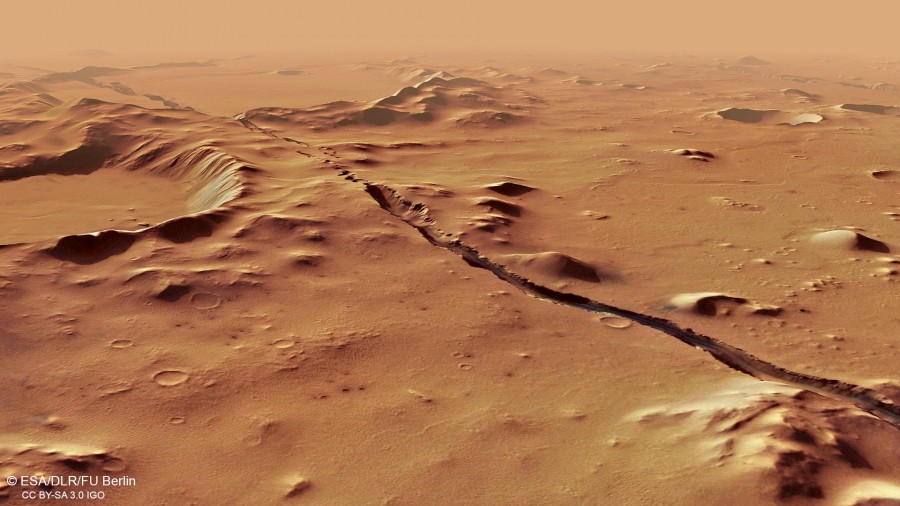 The images presented were taken by Mars Express on January 27, 2018. They depict the system of faults Cerberus Fossae. It is located in the Elysium Planitia Highlands, an area of ​​volcanic origin in the northern hemisphere of the red planet.

The width of the faults of Cerberus Fossae is from several tens of meters to a kilometer, the maximum length exceeds 1000 km. They cross impact craters, hills and volcanic plains, whose age is estimated by experts at 10 million years. This suggests that the faults were formed relatively recently (by geological standards). 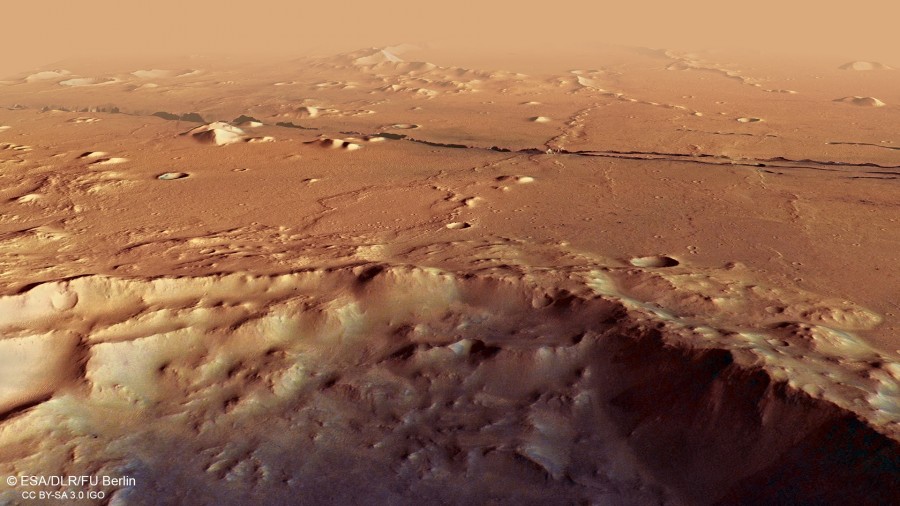 According to planetologists, the origin of Cerberus Fossae may be associated with volcanic activity and movement of underground lava flows, which led to the stretching of the surface in this region. In the future, faults may reach such a depth that lava or groundwater may begin to emerge through them. 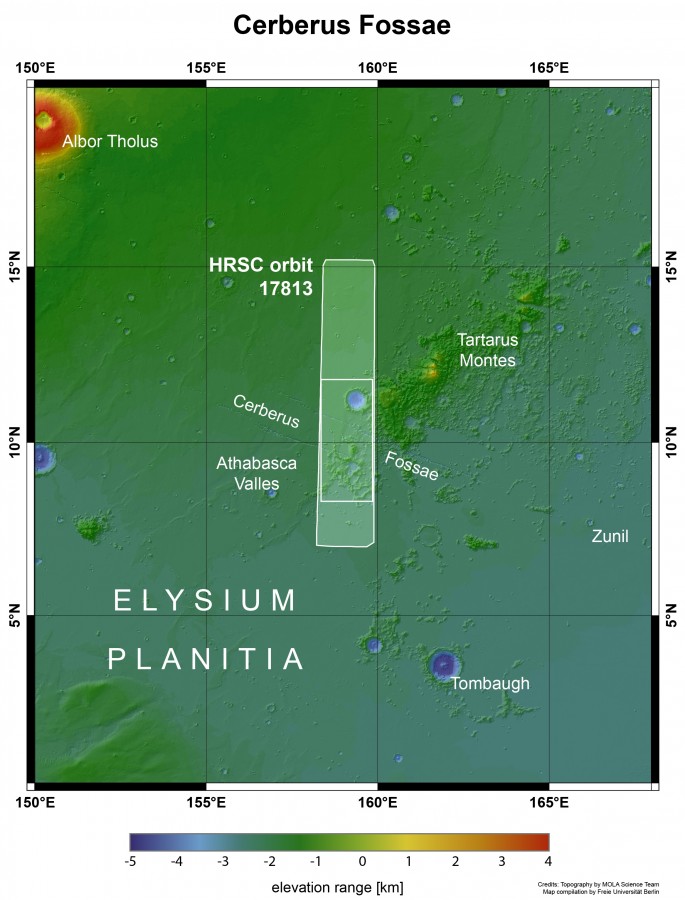 Pictures of Mars Express demonstrate the characteristic round depressions, which, apparently, have arisen as a result of subsidence of the soil. The crater in the north and some of the faults are covered with characteristic dark material. This is sand, possibly mixed with volcanic ash. Also, in the western part of the image, you can see the outflow channel Athabasca Valles.