Mars Express photographed the faults of the Martian crust

In the past, the red planet went through several periods of very intense volcanism. Their most famous evidence is the province of Tarsida. This is a huge volcanic highlands in the region of the equator of the planet. Its area is estimated at 30 million km2, which is comparable to the area of ​​Africa, the average thickness (excluding the height of the super volcanoes) is 7 to 10 km. The mass of lava erupting there was so great that, according to some assumptions, it could shift the axis of rotation of Mars.

But traces of volcanic activity can be found in other parts of the red planet. The presented images of the Mars Express machine show faults in the Sirenum Fossae region. It is located in the southern hemisphere of the red planet. 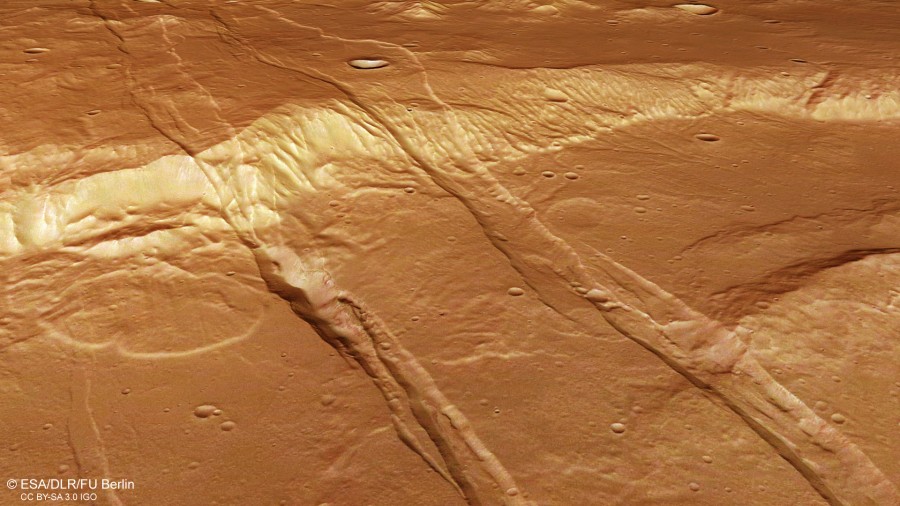 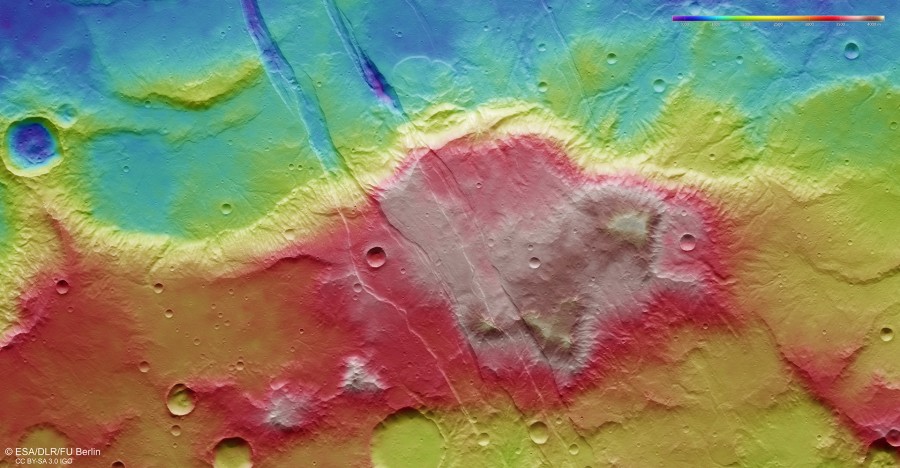 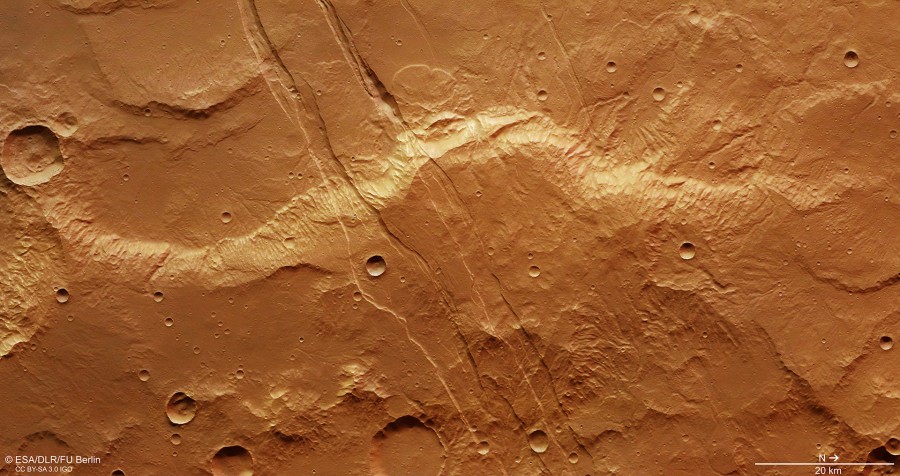 The faults extend thousands of kilometers along the surface. They diverge from the Martian super-volcano Arsia, located 1,800 km to the north. 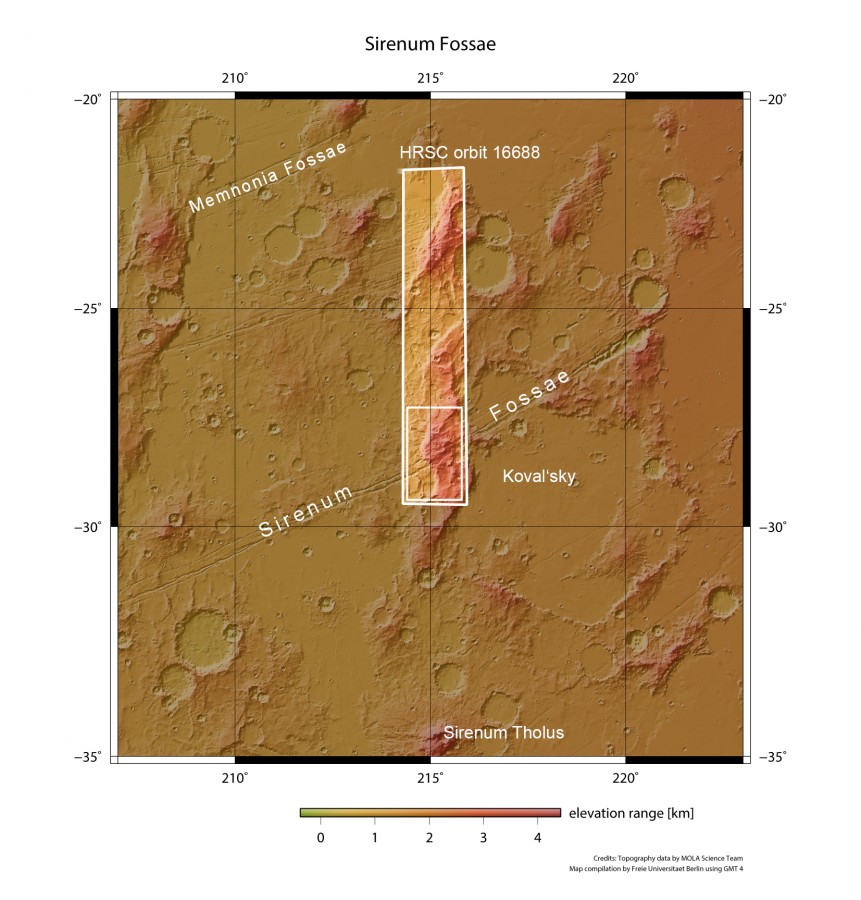 There are several assumptions about the mechanism of their formation. According to one version, they were formed due to the expansion of the Martian crust, caused by the formation of magmatic chambers. Or, on the contrary, they arose because of the subsidence after the cells were empty. It is also possible that these faults are volcanic dikes. In fact, this is a crack that was once filled with magmatic melt.