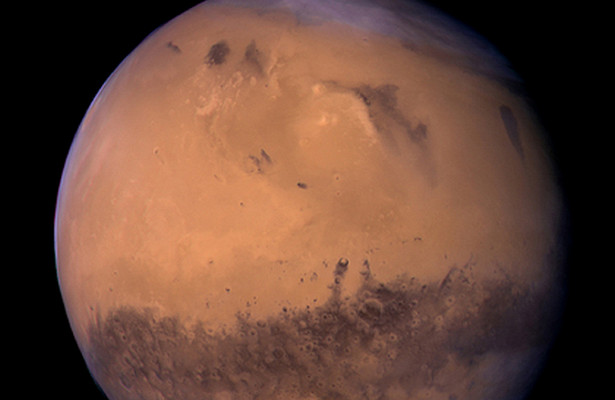 An international team of scientists has found that Mars is losing water faster than researchers based on theories and observations.

Planetologists analyzed the data obtained by the Trace Gas Orbiter probe as part of the ExoMars program. Scientists have found that the gradual disappearance of water occurs in the upper atmosphere of the Red Planet. Due to sunlight, water molecules are split into hydrogen and oxygen atoms, and the planet’s weak gravity cannot prevent them from escaping into space.

At the same time, a large amount of moisture accumulates at an altitude of 80 kilometers.

Some parts of the atmosphere are oversaturated and contain 10-100 times more water vapor than temperature theoretically allows. With such indicators, the ability of water to exit the atmosphere is significantly enhanced in certain seasons.