Mars shines ever brighter as it approaches Earth 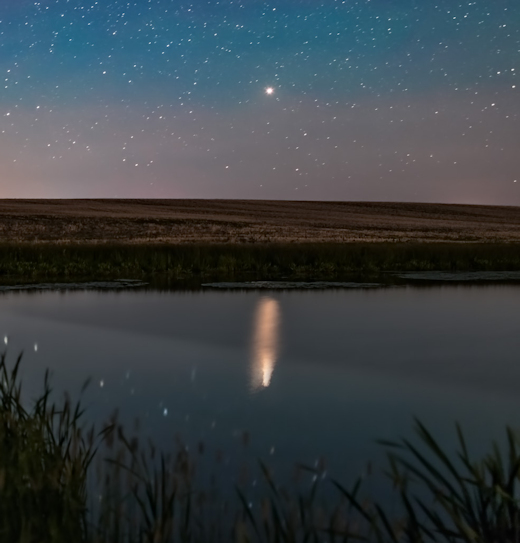 July 27 will be the so-called “great confrontation” of Mars. This means that the Red Planet will be on the same line with the Sun and Earth and will approach our planet at a distance of only 57.7 million km.

The red planet is currently inferior to the gigantic Jupiter by the brightness of its radiance. According to Alan Dyer, who took this picture near a pond near his home in Alberta, Canada, as Mars rises in the southeast, a sparkling path appears on the surface of the water. As a rule, such “paths of light” caused by reflections from the scallops of small waves form only the Sun and the Moon (sometimes Venus and Jupiter). But now it is also in Mars.

Dyer noted that he also managed to make a panoramic shot, on which you can see Mars and Jupiter with their “shining paths”, as well as the Milky Way and Saturn in Sagittarius.