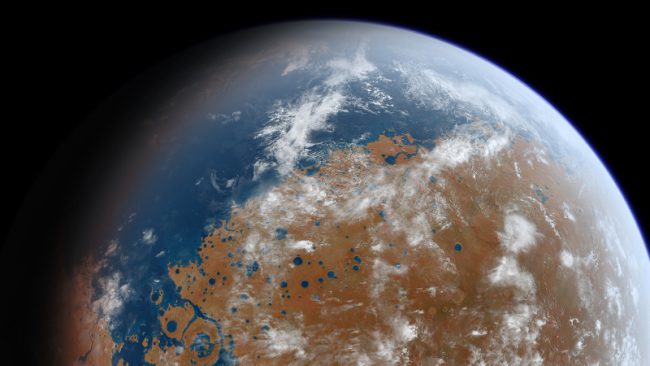 The new discovery of Curiosity Rover offers proof that ancient Mars and its atmosphere was indeed very similar to Earth. Autonomous Mars lab found traces indicating that the ancient atmosphere of Mars contained a considerable store of oxygen.

Using a scientific instrument ChemCam, which is located on the back of “Curiosity”, scientists from Los Alamos national laboratory found high levels of manganese dioxide in the Martian rocks. The discovery “Curiosity” made in the mineral-rich cracks located in a place called Kimberly, which is located in the Gale crater. The presence of this chemical element specifies that once on Mars contained high levels of free oxygen. In addition, this finding suggests that the climate of the red planet was much warmer, and on its surface, might have even been entire lakes of liquid water. In other words, in terms of the chemical composition of the early planet very like the Earth. 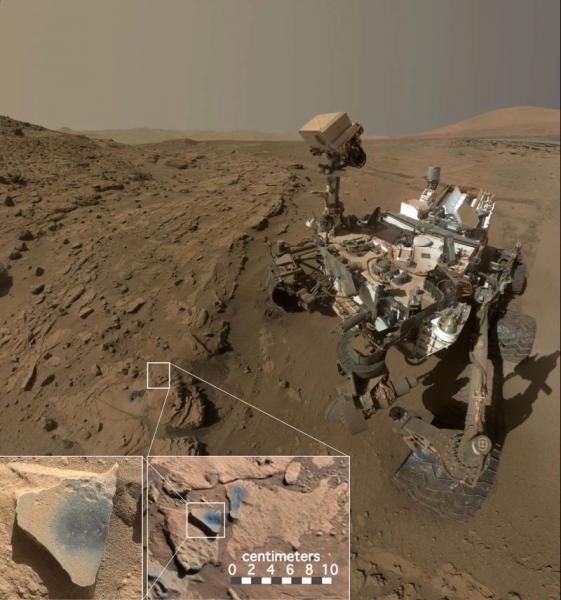 “The only options for obtaining these manganese compounds here on Earth, involve atmospheric oxygen or microbes,” notes the study’s lead author Nina Lanza.

“Now we are seeing the residual stocks of manganese dioxide on Mars and are given a completely fair question — how did he get there?”

It is very unlikely that the source of this manganese on Mars is microbes, but the assumption that he appeared due to the presence of once on the red planet of free oxygen is quite fair. The researchers say that contain high levels of manganese materials, such as was discovered on Mars, not able to form without adequate amounts of liquid water and oxygen.

It’s tempting scientists to another question: where did all this oxygen and where it subsequently went? A team of scientists Lanza suggests that oxygen could be formed from the Martian water after the magnetic field of the red planet begun to crumble. Without magnetic field the planet are unable to protect themselves from ionizing radiation, and molecules contained in the water, began to split into hydrogen and oxygen. Due to the relatively low gravity of Mars, the planet could not hold more light hydrogen atoms, however, the heavier atoms of oxygen remained in place.

Over time, this oxygen accumulated in the stones and created the reddish dust that now covers the planet’s surface. It should be noted that the creation of iron oxides does not need large supplies of oxygen, but to create a manganese dioxide is required. This, in turn, means that the Mars contained large amounts of this element.

The results are very interesting. They may mean that many billions of years ago Mars could be inhabited. It might, there were simple microbial life (although direct evidence we have not yet found). The oxygen needed to sustain life, at least here on Earth, is used for cellular respiration and other biological processes. Many important classes of organic substances (including proteins, nucleic acids, carbohydrates and fats) in living organisms contain oxygen. There are, of course, the likelihood that Mars might exist some exotic species able to go without oxygen, but for the vast majority of living organisms on Earth, oxygen is vital.

Finally, it should be noted that not only the “Kyuriositi” found on Mars traces of magnesium content. The other Rover, “opportunity”, located thousands of miles away from “Curiosity”, has recently also found a high content of manganese dioxide in Martian sediments. In other words, the presence of this mineral in other places increases the likelihood of the guesses of scientists about the more humid, warm and breathable Mars.

Next, the researchers plan to compare the manganese produced by the microbes and oxygen to find out how strong the differences.