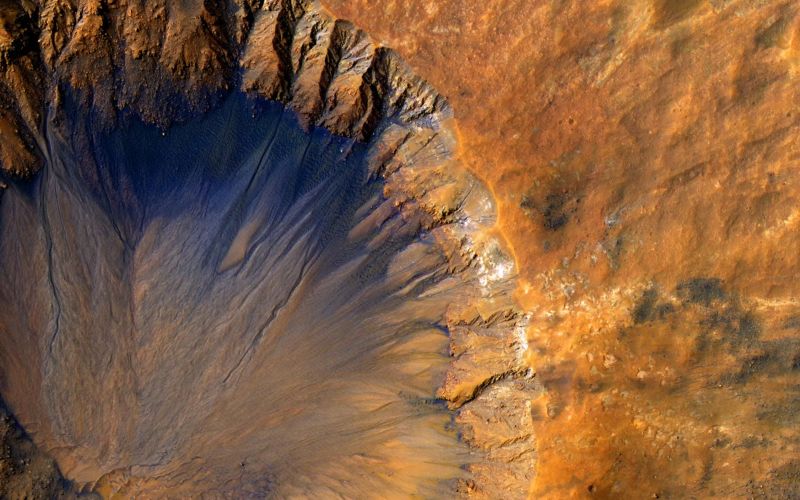 American scientists have suggested that marsh tremors may develop in the same way as earthquakes caused by shale oil.

Modern Mars is geologically almost inactive, there are no active volcanoes on it, there is no movement of tectonic plates. Nevertheless, marshmacks occur here, and recently one of them was able to reliably register. The mechanism of marsh tremors remains a mystery – the Mars InSight probe, which continues to study the depths of the Red Planet from its orbit, should help to resolve it.

However, Michael Manga and his colleagues at the University of California at Berkeley have already put forward a hypothesis about the origin of marsh tremors. In an article published in the journal Geophysical Research Letters, scientists associate them with the dynamics of water ice reserves, which can persist beneath the surface of the planet. Thus, the mechanism of the development of marsh tremors does not resemble ordinary earthquakes, but those that are observed today in some regions of the world as a result of the irresponsible use of shale oil production technologies.

For this purpose, a solution is pumped into the underground rocks under high pressure, which causes their hydraulic fracturing and “squeezes” oil out of many small pores, allowing it to be pumped out. Similarly, the tremors of Mars can develop. According to the hypothesis of Californian scientists, during the local winter the water in the upper layers should freeze to a great depth.

Expanding, this ice creates additional pressure on the lower, more liquid layers and leads to the appearance of voids and stresses. Tidal forces acting on Mars from its satellite Phobos or the Sun, or abrupt changes in atmospheric pressure can serve as hooks that release the accumulated stresses of the surface layers and cause them to shake.

This picture can be checked using the same InSight probe. To do this, you will need new observations of marsh tremors, and then it will be possible to compare their appearance with the movements of Phobos, the Sun, as well as with the weather conditions on the Red Planet.