Martian dunes do not stop their movement 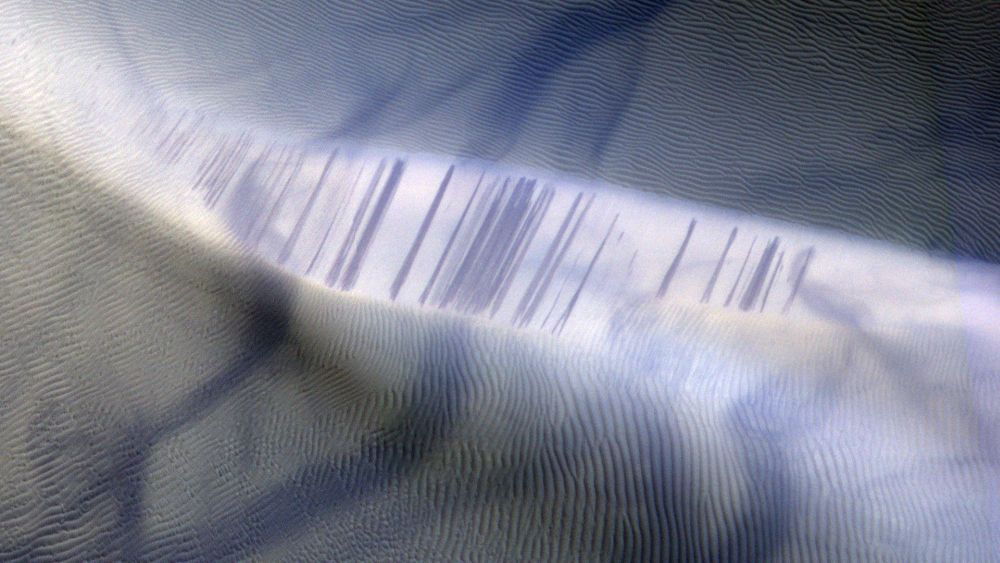 Thanks to the super sensitive high-resolution camera HiRISE, installed on Board the Mars Reconnaissance Unit MRO, received a new photo of one of the Martian regions. Her scientists were able to trace the slow motion of sand dunes. In the frame of the spacecraft was a piece of Mars size 480×270 meters.

The movement of sand dunes on Mars under the influence of the wind. Despite the fact that the dunes move slowly, this movement can still be traced through photographs of the same region made by orbiting Mars spacecraft.

Scientists estimate that the width of the dunes on Mars ranges from five to twenty-five meters.