Martian lava was shown in 3D 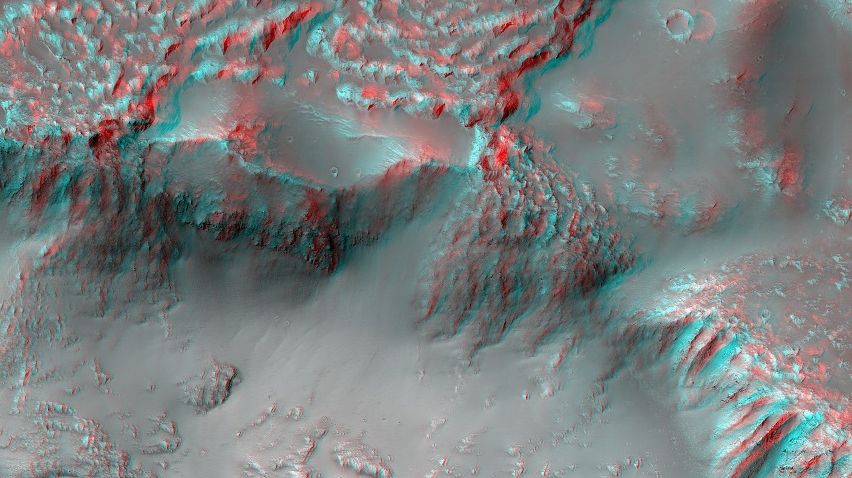 Through the efforts of the Martian Reconnaissance Apparatus, scientists received an impressive image of lava on Mars.

If you have 3D glasses in stock, then do not hesitate to get them, as representatives of the American Space Agency NASA presented to the public the once-current frozen lava on the surface of the Red Planet. This is an amazing sight worthy of contemplation. 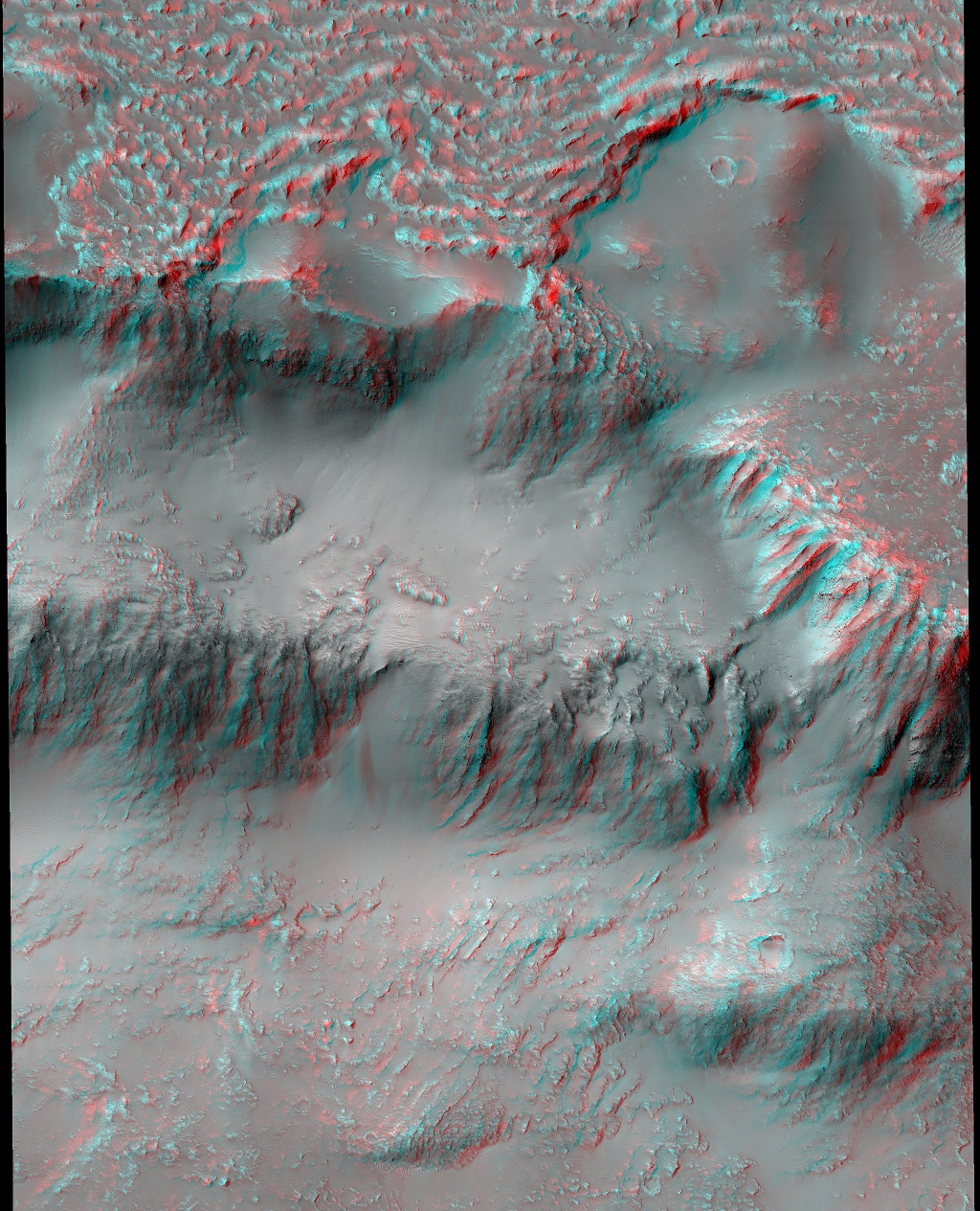 The above image was taken on the basis of two separate photographs obtained by a high-sensitivity HiRISE high-resolution camera, which is an integral part of the scientific base of the automatic interplanetary station MRO (NASA).

The image shows multi-level flows of frozen lava in a thirty-kilometer crater located in the western part of the famous volcanic region called Tharsis.