Martian opals can be of organic origin 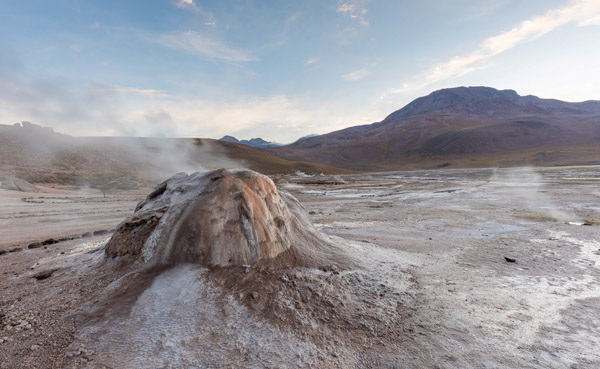 Scientists managed to find something interesting on the red planet. Unusual opals, similar to those formed on the ground near the geothermal springs, it may be fossil waste products of protein organisms!

If we ever find proof that Mars had life, then the proof is likely to be in the form of biosignature, a kind of “fingerprint” left by the activities of living organisms. Currently, the search for traces of life is not terminated, and the analysis of silicate minerals found by NASA’s Spirit Rover, allows you another step closer to solving this problem. Because of the similarity of the findings with silicate deposits that are formed by microbes on Earth, intriguing scientists of the Martian miners now and called “potential biosignatures”.

In a study published last week in the journal Nature Communications again raised the issue of possible existence of Martian life in the distant past. Scientists are the link between samples of silica, found in the Gusev crater, a silica opal (i.e. opaline silica, aka biogenic silica or simply “opal”) from El Tatio, geyser field, located high in the Andes mountains in Northern Chile. Looks like a rubber substance forming lumpy clusters of crystals, was first discovered on Mars in 2007 and, apparently, is evidence of geothermal or volcanic activity of the past.

“This mineral can be formed in various ways. It is formed near hot springs, geysers, or fumaroles (cracks in the craters, which is where the hot sulfur dioxide),” says Steve ruff, a planetary scientist from Arizona state University, who conducted a recent study. He and his colleagues suspected that the Martian opals were formed millions of years ago from basaltic rocks, the leaching with sulfuric acid of fumaroles. However, in the process of studying the samples they came to the conclusion that there was another possible cause: opal is deposited in the hot, mineral-rich waters. Alas, after 2010, the Spirit passed out, to know the truth was not possible.

A few years ago, raff went to El Tatio, to collect samples of opals for spectral analysis. He found that the silica formed in shallow waters with geothermal waters, and in the education of those opals that most resemble Mars, involved microorganisms. In particular, tiny lumps of minerals, resembling fingers, are formed due to covering their sticky layer of microbes called a “biofilm”. So they are trying to avoid death from overheating, growing a shell of silicates, which ultimately leads to the fact that microbes buried alive.

Anyway, at the moment, scientists are no Martian sample for analysis, and therefore the Martian opals are a potential biosignatures and not direct proof of life on Mars. Many scientists believe that it’s all the same abiotic phenomenon, typical for the planet where once there was high volcanic activity.