Mathematician confirms Laplace’s hypothesis about the formation of planets 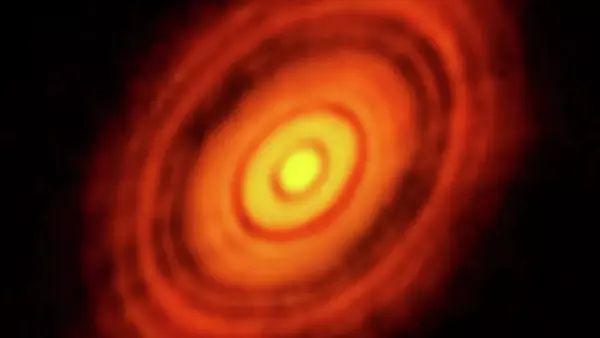 The American mathematician showed, using the example of the nascent planetary system near the star HL Taurus, that Laplace’s theory of the formation of the solar system is generally correct. The research results were published in the Journal of Mathematical Physics.

For more than two hundred years, scientists have been concerned with the question of how and when planets appear in stars. In 1796, a French mathematician, physicist and astronomer hypothesized that the celestial clouds of gas and dust around new stars condense, forming rings, and then planets. His theory of protoplanetary clouds around stars is still shared by most scientists.

Mathematician Mayer Humi of Worcester Polytechnic Institute in Massachusetts used mathematical equations to describe the process of planetary origin in the protoplanetary cloud of the star HL Tauri, located 450 light years away in the constellation Taurus.

The material for the analysis was images taken in 2014 by the ALMA radio telescope complex located in the Chilean Atacama Desert. These ultra-crisp images clearly show how planets are born in the gaps between the concentric rings of the protoplanetary cloud of the star.

“We are observing many gas clouds in the Universe that can turn into another solar system, and in some of them there may be different types of life,” the American Institute of Physics said in a press release, the words of Humi. “The main problem is to explain, how the primary cloud of gas develops under the influence of its own gravity into the planetary system. ”

Humi took the Euler-Poisson equations, which describe the evolution of gas clouds, as a basis, and reduced them from six to three model equations for axisymmetric rotating gas clouds.

The scientist considered the primary gas cloud as an incompressible, stratified fluid flow, for which he built a mathematical model of the evolution of the density structure and fluctuations in the cloud depending on time.

The results showed that under certain conditions, rings of dust and gas can indeed form, which confirms Laplace’s theory that the planets of the solar system formed from a similar cloud of dust and gas orbiting the Sun.

Humi presented three analytical solutions that demonstrate how such rings form and evolve to give rise to planets.