MAVEN has avoided collision with Phobos 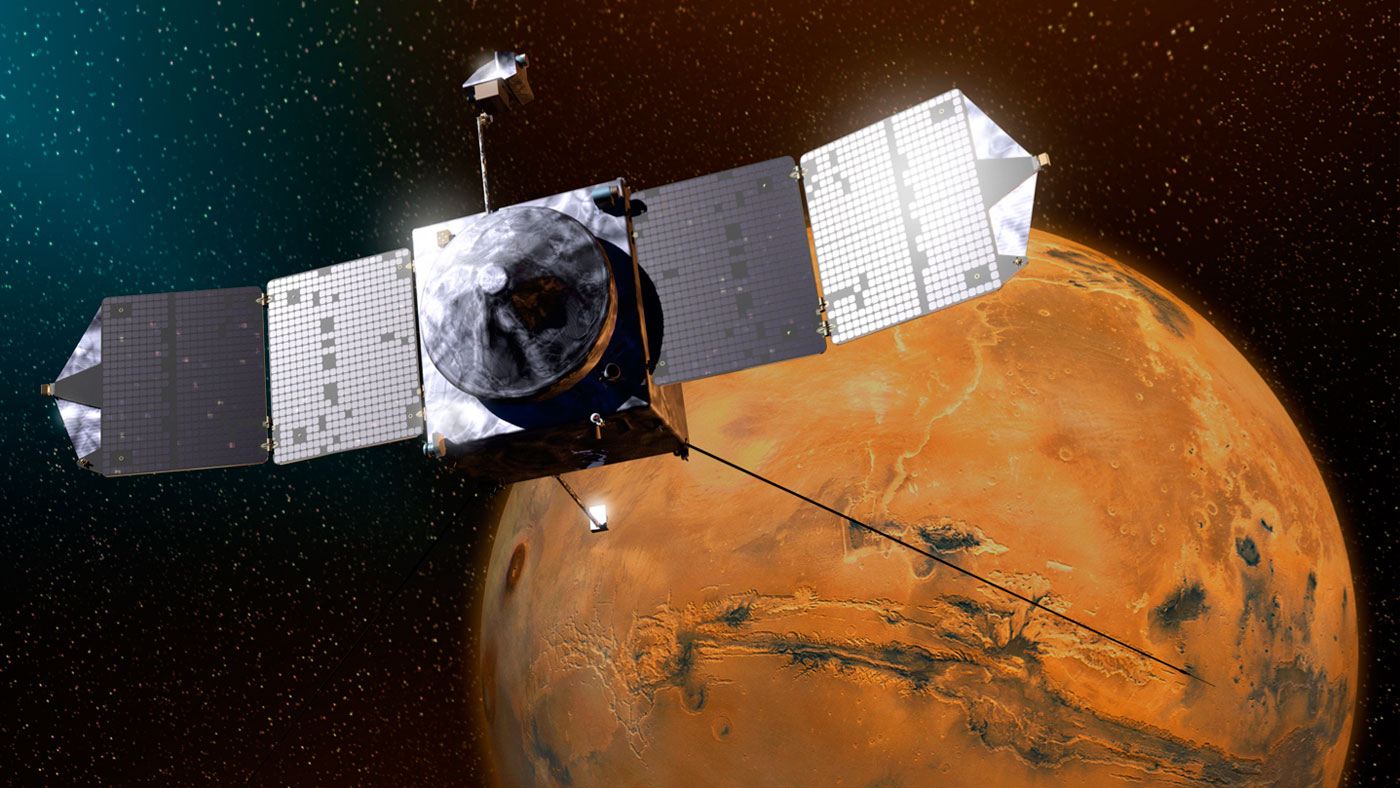 MAVEN spacecraft belonging to American Space Agency NASA has completed the previously unplanned maneuver this week in order to avoid collision in the near future with the Martian satellite Phobos. This was reported by the official representatives of the Federal Space Agency.

Automatic interplanetary station MAVEN revolved around Mars for a little over two years studying the upper atmosphere of the red planet, the ionosphere and its interaction with the Sun and solar wind.

On Tuesday, February 28, the spacecraft performed a maneuver on the fuel burning engine, which increased the speed of 0.4 meters per second. Even a small correction of the orbit was enough to avoid disaster.

For spacecraft MAAVEN it was the first maneuver to prevent collision, in which the spacecraft performed an orbit of Mars in order to avoid collisions with Phobos. MAVEN orbit and Phobos are known well enough to correct the orbit of scientific probe to avoid accidents.

MAVEN has an elliptical orbit around Mars. Throughout the year she repeatedly intersects with the orbits of other spacecraft and satellite Phobos. Collision is possible if the objects in the same time are at the intersection of the orbits. However, if you change this time, collision can be avoided.