“Mayak” engineers of the Moscow Polytechnic and “did not shine” 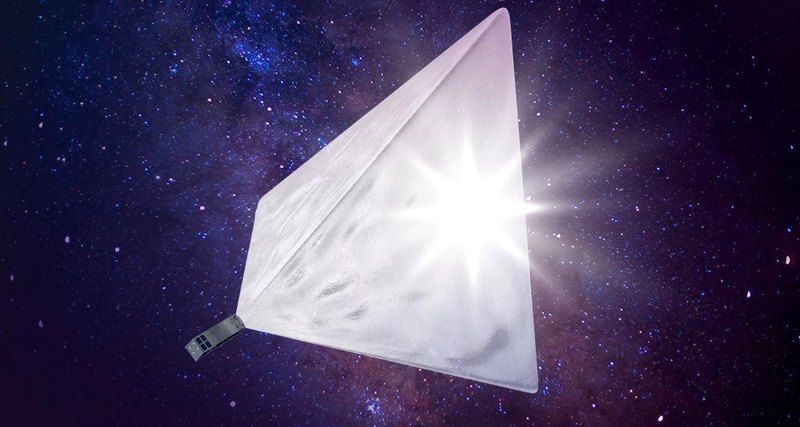 July 14 this year entered the history of Russian cosmonautics, as the day the launch of the very first kraudfandingovogo spacecraft – “Mayak.” The satellite was launched from the Baikonur cosmodrome aboard the Soyuz-2.1a launch vehicle as a payload, together with the other probes and the spacecraft of the RSZ, Canopus-V-IC.

This project was developed by a whole team of young engineers and enthusiasts from the Moscow Polytechnic University, and the object itself was to become the “brightest star” in the sky. The spacecraft itself is rather small, the size of a rugby ball, which after launching and putting it into orbit according to the plan was to reveal its reflector in the form of a pyramid made of a metallized film 5 micrometers thick. The area of ​​the fully deployed reflector is 16 sq.m., due to what the creators of the satellite planned that the “Mayak” will be able to send giant solar “bunnies” to the Earth.

However, according to PR-manager Mayak, it became known that during the launch of the satellite into orbit, an abnormal situation occurred. So far, for reasons unknown to the experts, the three-meter reflective design of the device has not been revealed, for 25 days the scientific team can not determine the actual trajectory of its flight, not to mention the visual signal – the bright radiance in the sky that we should have seen.

As part of the launch of the “man-made star,” the creators planned to test the work of the aerodynamic brake device in real flight. It was assumed that its shape of the correct pyramid would make “Mayak” the standard for verifying calculations of the apparent stellar magnitude of space objects. Thanks to this design, which acts as a “parachute”, resistance increases during flight in the upper layers of the atmosphere, so the object will descend from orbit an order of magnitude faster. In the future, it was planned to use the technology of the Mayak satellite to remove space debris from orbit.

It is calculated that the satellite will stay in orbit in the current abnormal state for another 1.5 months. Russian experts themselves, of course, still hope that during this time the device will be able to “come alive” and the pyramid will open. At least, while young enthusiasts, conducting test tests in the laboratory on similar spacecraft, will try to find out whether the disclosure of the retro-reflector is likely at all.

In any case, as said, Alexander Panov – the head of the Mayak project promotion service, although it did not work from the very first attempt to test all the scientific hypotheses, still the main goal of the popularization of space exploration and space research in Russia, as well as to attract more Interest among young people towards scientific and technical education, is fully implemented.