Media: Not everyone will survive the super magnetic storm that started on Earth 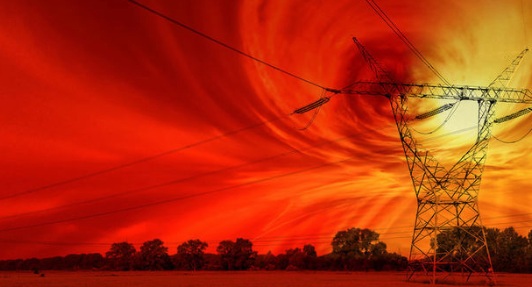 In the headlines, today’s magnetic storm has become the theme of the day. The media was excited by the information published by the Laboratory of the X-ray Observatory of the Sun, where it was said that “One of the strongest magnetic storms in recent years has been registered today.”

Since the media generally do not follow solar activity and do not understand this issue, panic reports of a super-magnetic storm followed, which even many of them cannot survive. I consider it necessary to give explanations on this information.

Let’s start with the fact that the phrase “the strongest magnetic storm” itself was taken out of context, and a little later by the end of the day it turned into a “super magnetic storm”. This information has no relation to reality. On Earth, there is indeed a disturbance in the geomagnetic field, but its values ​​only reach an average level, which in no way draws on the prefix “super.”

Let’s read how this information sounded in its original form:
One of the strongest magnetic storms in recent years was registered today, May 14, 2019, by ground tracking stations. The event has a planetary character, that is, it is recorded at all geographic longitudes. The magnetic field perturbations were expected in advance, that is, they were predicted, but they should not have exceeded the minimum first level on a five-point scale. The event, which began at about 7 am Moscow time, contrary to the forecast, immediately exceeded level 2, and by 10 am it reached level 3 on a five-point scale of magnetic storms. Prior to this, in 2019, none of the magnetic field perturbations observed on Earth exceeded the minimum level number 1. The last time the current, third level storm was observed on August 26, 2018, and before that in September 2017.

In accordance with the developed scale of magnetic storms, storms of level three have a noticeable effect on equipment, especially space, including increasing the demolition of vehicles from orbit and cause problems with maintaining their orientation. From the viewpoint of the impact on terrestrial systems, breaks in satellite navigation and problems of low-frequency radio navigation are expected, as well as interruptions of high-frequency radio communications. During such events, as a rule, voltage correction in electrical systems is necessary. False alarms of protection systems are also possible. Auroras can be observed starting at latitudes of 60 degrees and above. 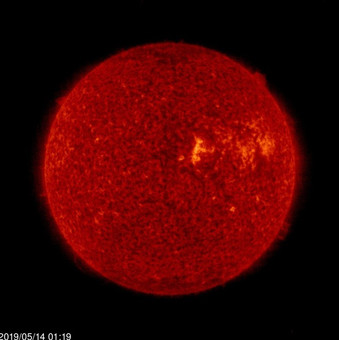 Reading the text, one should understand that all these references to the expected impact of a magnetic storm on terrestrial and space systems are not based on calculations of the impact of this particular storm, but are only an extract from the standard description of the likely impact assigned to each of the 5 categories of storms in ascending order.

The Earth experienced even more severe storms, but no consequences from the standard description came then. Today’s storm is in fact an ordinary phenomenon. Geomagnetic storm average. In addition to the aurora, this does not threaten earthlings. It was named the strongest only for the reason that there was a period of minimal activity on the Sun and there were simply no flashes capable of causing a 3rd class storm.

Here such fabrications are distributed on the network and replicated by leading Russian media. Everything written is not true. Rather, there is a negative impact on meteo-dependent people and people suffering from heart disease, but it is insignificant and not worth the panic, which raised incompetent media.

Everything that happens is absolutely ordinary event. The usual geomagnetic storm at its peak reached the level of G3. She does not bear any threat to life and health. it will not provoke any man-made disasters.