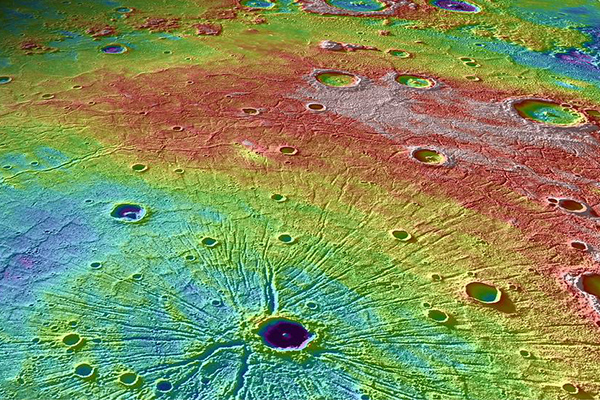 The closest to the sun and the smallest planet in the Solar system still is an Enigma. As the Earth and the four gas giants — Jupiter, Saturn, Uranus and Neptune, mercury has its own magnetosphere. After the research station of the MESSENGER (MErcury Surface, Space ENvironment, GEochemistry) the nature of the magnetic layer became clear. The main results of the mission already include monographs and textbooks. How such a small planet was able to maintain the magnetosphere?

So the heavenly bodies have any own magnetosphere, we need a source of magnetic field. According to most scientists, then triggered the effect of a Dynamo. In the case of the Earth it looks like. In the bowels of the planet is a metal core with a solid center and a liquid shell. Due to the decay of radioactive elements generates heat, leading to the formation of convective flows of a conducting liquid. These currents generate a magnetic field of the planet.

Field interacts with the solar wind — streams of charged particles from the sun. This space plasma carries its own magnetic field. If the magnetic field of the planet can withstand the pressure of solar radiation, that is, rejects it at a considerable distance from the surface, about the planet’s own magnetosphere. In addition to mercury, Earth and the four gas giants, has a magnetosphere Ganymede is the largest moon of Jupiter.

The rest of the planets and moons of the Solar system stellar wind meets virtually no resistance. This happens, for example, on Venus, and likely Mars. The nature of Earth’s magnetic field is still considered to be the main puzzle of Geophysics. Albert Einstein considered it one of the five most important tasks of science.

This is due to the fact that although the theory of geodynamo virtually uncontested, it causes great difficulties. According to the classical magnetohydrodynamics, Dynamo-the effect should fade, and the core of the planet to cool and harden. Accurate understanding of the mechanisms by which the Earth supports the effect of self-generation Dynamo, together with the observed features of magnetic fields, especially geomagnetic anomalies, migration and inversion of the poles is still there.

The difficulty of quantitative description, most likely in the essentially nonlinear nature of the task. In the case of mercury, the Dynamo problem is even more acute than for the Earth. How such a small planet has kept its own magnetosphere? Does this mean that its core is still in liquid state and generates enough heat? Or are some special mechanisms that enables the celestial body to be protected from the solar wind?

Mercury is easier and less Land is about 20 times. The average density comparable to the earth. A year lasts 88 days, but a celestial body is not in a tidal capture from the Sun, and rotates around its own axis with a period of about 59 days. From other planets of the Solar system mercury is distinguished by relatively large metal – it accounts for about 80 percent of the radius of the celestial body. For comparison, the Earth’s core is only about half its radius.

The magnetic field of mercury was opened in 1974, the American station Mariner 10, which recorded the bursts of high-energy particles. The magnetic field closest to the Sun of a celestial body about one hundred times weaker than the earth, totally would fit in a sphere the size of the Earth and as our planet formed by the dipole, that is two, not four as gas giants, magnetic pole. 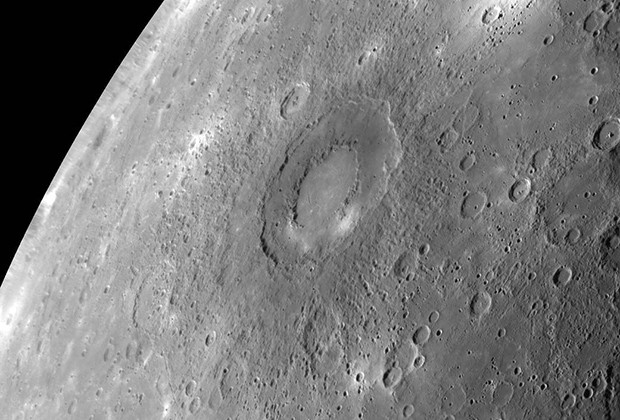 The first theory explaining the nature of the magnetosphere of mercury, was proposed in the 1970-ies. Most of them are based on the Dynamo effect. These models were verified from 2011 to 2015, when the planet was studied by the station of the MESSENGER. Data collected from the machine revealed an unusual geometry of the magnetosphere of mercury. In particular, in the vicinity of the planet magnetic reconnection — a mutual restructuring of the external magnetic field lines occurs about ten times more often.

This leads to the formation of many voids in the mercury’s magnetosphere, allowing solar wind virtually unimpeded to reach the planet’s surface. In addition, the MESSENGER found residual magnetism in the crust of a celestial body. Using these data, scientists estimated the lower boundary of the average age of the magnetic field of mercury is 3.7-3.9 billion years old. This, as noted by scholars, confirms the validity of the Dynamo effect for the formation of the global magnetic field of the planet, and she had the presence of a liquid outer core.

Meanwhile, the question about the structure of the mercury remains open. It is not excluded that the outer layer core contains metal flakes of iron snow. This hypothesis is very popular because of explaining its own magnetosphere of mercury is the same Dynamo effect that allows for low temperature and quasi-solid (or quasi-liquid) core inside the planet. 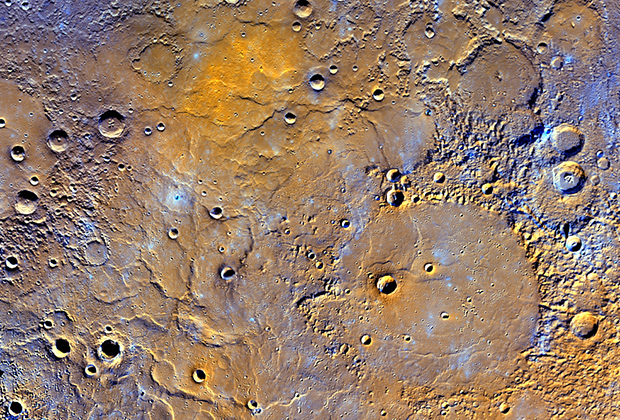 It is known that the cores of terrestrial planets formed mainly by iron and sulfur. It is also known that the inclusion of sulfur lowers the melting temperature of matter the nucleus, leaving it runny. So, to maintain the Dynamo effect requires a less temperature, which is mercury, and so produces too little. Almost ten years ago Geophysics, conducted a series of experiments demonstrated that under conditions of high pressure towards the center of the planet can fall of the iron snow and meet him from the inner core to rise a liquid mixture of iron and sulfur. It is able to create a Dynamo effect in the bowels of mercury.

MESSENGER data confirmed these findings. The spectrometer, installed at the station, showed very low content of iron and other heavy elements in the volcanic rocks of the planet. In a thin layer of the mantle of mercury is almost no iron, and it is formed mainly of silicates. Solid centre accounts for approximately half (about 900 kilometers) radius of the kernel, the rest is molten layer. Between them, most likely, is the layer in which top-down move metal flakes. The density of the nucleus is approximately two times higher than the mantle, and is estimated at seven tons per cubic meter. Sulphur, as scientists believe, account for about 4.5 percent by weight of the core.

MESSENGER found on the surface of mercury numerous folds, bends, and faults that allows to make an unambiguous conclusion about the tectonic activity of the planet in the recent past. The structure of the outer crust and plate tectonics, according to scientists associated with what is happening in the planetary interior processes. MESSENGER has shown that the planet’s magnetic field is stronger in the Northern hemisphere than in the South. Judging by the gravity map, by the apparatus, the thickness of the crust near the equator at an average 50 km higher than at the pole. So, silicate mantle in the Northern latitudes of the planet heated more than in its Equatorial part. These data are perfectly consistent with the discovery in Northern latitudes relatively young trapps. Although volcanic activity on mercury stopped about 3.5 billion years ago, the modern picture of the diffusion in the mantle is largely likely to is determined by its past.

Detail mercury investigated only two stations — Mariner 10 and MESSENGER. And this planet, mainly because of their own magnetic field, is of great interest to science. Explaining the nature of its magnetosphere, we will almost certainly be able to make it to Earth. In 2018, mercury Japan and the EU plan to send a third mission. Fly two stations. First, MPO (Mercury Planet Orbiter) will be multivalue map of the surface of a celestial body. Second, MMO (Mercury Magnetospheric Orbiter) will study the magnetosphere. Wait for the first results of the mission will be long — even if starting to take place in 2018, the destination station is reached only in 2025.