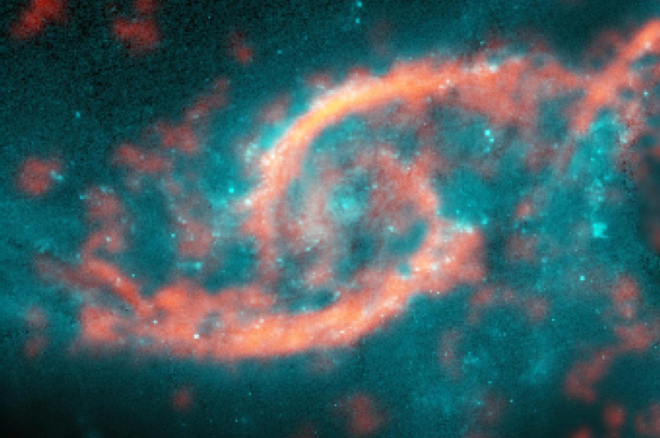 The astronomers working at the ALMA telescope in South America managed to receive tremendous images of two spiral galaxies which are in process of merge in 114 million light years from Earth.

Galaxies received the names IC 2163 and NGC 2207. In the course of merge they formed extremely rare “glazopodobny” structure. According to scientists, the similar form will remain only for several tens millions of years — very short interval of time by the standards of a galaxy.

Now astronomers study merge process. In particular, they managed to perform detailed measurements of movement of monoxide of carbon (carbon monoxide) — the indicator of the molecular gas serving as “fuel” in case of formation of stars. As it became clear, the speed of movement of carbon monoxide falls quicker, the molecular gas becomes more dense.