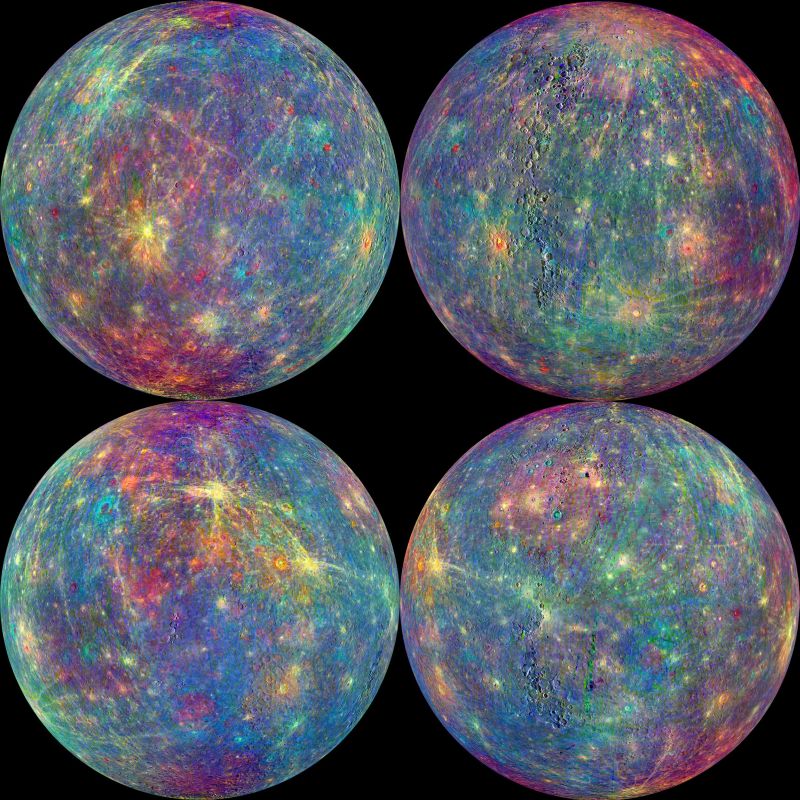 Mercury, our smallest neighbor, has a very subtle atmosphere. It is so thin that, in fact, it is difficult to call it an atmosphere.

Recent simulations, along with the previously published results of the spaceship Messenger, have shed new light on the way bombardment by certain types of comets affects the atmosphere and surface of Mercury. This study also provided a new understanding of how particles of a micrometeoric body can form a very thin atmosphere of Mercury, called the exosphere.

The study, led by Peter Pokorny, Menelaos Sarantos and Diego Hanches of the Goddard Space Flight Center (NASA) in Greenbelt, Maryland, modeled changes in the impacts of a meteoric body on the surface of a solid planet. Detailed results of the study were presented in the periodical The Astrophysical Journal Letters of June 19, 2017.

“Observations of the automatic interplanetary station Messenger indicated that dust should mainly come to Mercury from certain directions. And we are going to prove it on certain models, “said Peter Pokorny.

Earlier results based on data obtained with the help of the Ultraviolet and Visible Spectrometer MESSENGER showed the effect of the effects of a meteoric body on the surface of Mercury during the day. The level of magnesium and calcium in the exosphere of Mercury is much higher during the dawn on Mercury than in the sunset. And it can not surprise scientists.

According to the researchers, this asymmetry is created by the combination of a long day on Mercury, compared with his year and the fact that many meteoric bodies in the solar system revolve around the sun in the opposite direction.

Since Mercury rotates very slowly – only once in 58 Earth days (compared to the year of Mercury, which lasts only 88 Earth days), then part of the planet is exposed at dawn to the disproportionate long-term impact of retrograde meteoric bodies. The planet’s collisions with them generate dust from various particles that rise above the surface of the planet and form a kind of subtle atmosphere.