Meteorite fall observed over the south of Spain 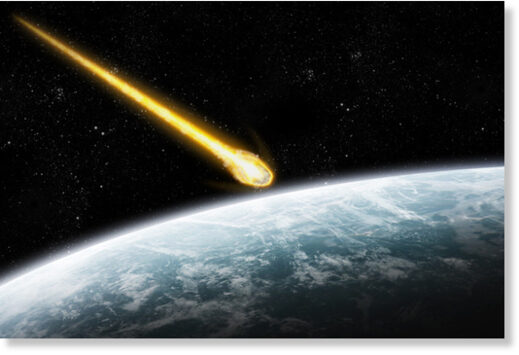 A meteorite was observed over Spain on January 14 at 22:27 local time. It was almost as bright as the full moon. The fireball was watched by a large number of casual bystanders who reported it on social media. The meteorite slammed into the atmosphere at about 48,000 km/h.

The fireball flew over southern Spain. It began about 86 km above the southwestern province of Ciudad Real (Castile-La Mancha region), moved eastward, and ended about 23 km above the same province. Preliminary analysis of this event shows that a small part of the meteorite survived and reached the ground.