Meteorite falling was seen in the skies over Ireland 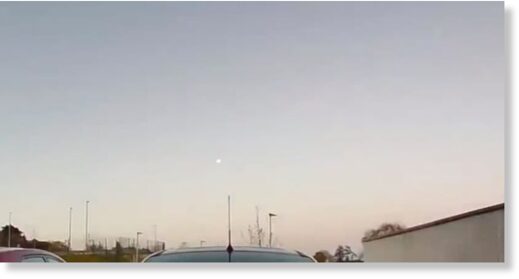 A falling meteorite was visible from different areas of Cork.

An unusual sight was spotted in the sky over Cork last night when a meteorite was caught on video blazing in the sky before dark.

Footage posted on Twitter last night shows the fireball streaking across the sky in Cork while it was still light.

The video was taken in Ballinhassig at about 9:26 p.m., and experts said it’s unusual for a meteorite to occur at such an early hour.

At first, the team at Blackrock Castle Observatory was a bit dubious that it was a meteorite, tweeting, “It’s certainly possible. Although for this early in the day it seems very noticeable.”

However, experts then said that while they can’t be sure, it looks like the fireball seen in the sky was indeed a meteorite.

“We have already received several reports of this object. It is a meteorite burning up in the atmosphere.”