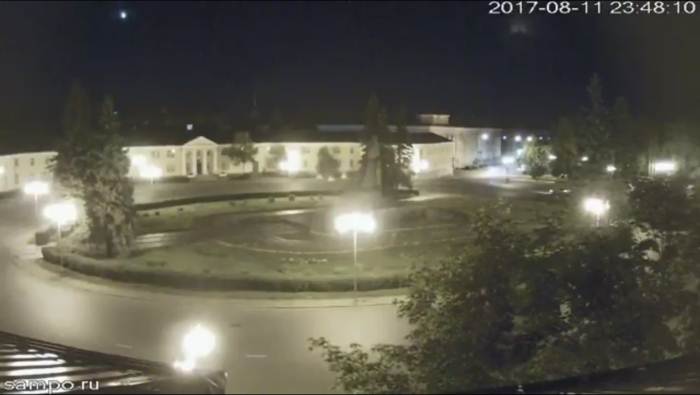 Over the capital of Karelia, the city of Petrozavodsk, on the evening of August 11, surveillance cameras recorded a flight of a bright object. According to astronomers this was supposedly the fall of a bright car.

Meteors are fragments of cosmic objects, particles a few centimeters in size, which enter the atmosphere at a speed of tens of kilometers per second and are burned, giving rise to a bright vzyshku – a falling star.

The car is a very bright meteor, brighter than Venus. It’s a fireball, behind which is a smoky tail. The flight of the car can be accompanied by thunderous sounds, can result in an explosion, and sometimes the fall of meteorites.

A meteorite is a cosmic object or a fragment of it, which managed to “survive” the flight through the atmosphere and fell to the ground.