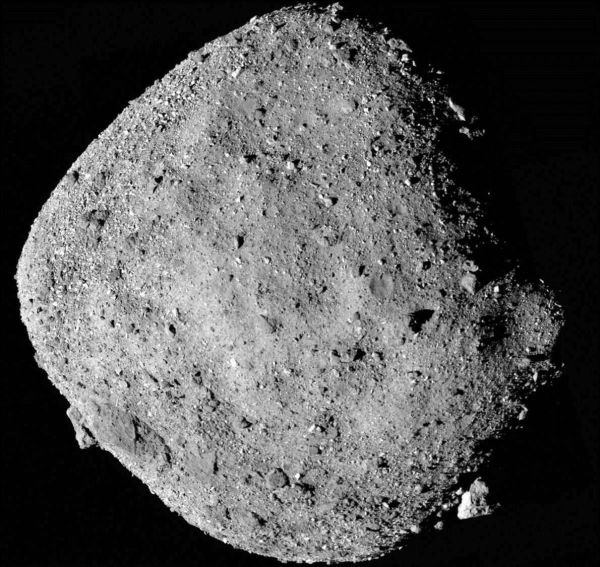 The new study suggests that large particle ejections from the surface of near-Earth asteroid Bennu may be the result of collisions with small particles the size of a grain of sand, called meteoroids, which intensely bombard the surface of the space rock as it approaches the Sun. The main author of the study is Dr. William Bottke of the Southwest Research Institute, USA, who used data collected from NASA’s OSIRIS-REx mission in his work.

Launched in 2016, NASA’s OSIRIS-REx spacecraft is currently orbiting asteroid Bennu to touch the surface and collect soil samples in October 2020 for return to Earth.

According to the hypothesis proposed by Bottke’s team, the knocking out of material from the surface of asteroid Bennu occurs by the action of small meteoroids, which are remnants of comets, the material of which was released into space by light when comets approached the Sun. As the asteroid Bennu is currently approaching our star itself, the number of collisions with meteoroids is increasing. The largest collisions with such cometary remnants are of a “head-on” nature, if we consider the movement of the asteroid around the Sun, and taking into account the direction of the asteroid’s own rotation from east to west, these collisions occur in the afternoon, closer to sunset, the authors note.

The study is published in the Journal of Geophysical Research: Planets.