Methane clouds of Titan hit the lens of “Cassini” 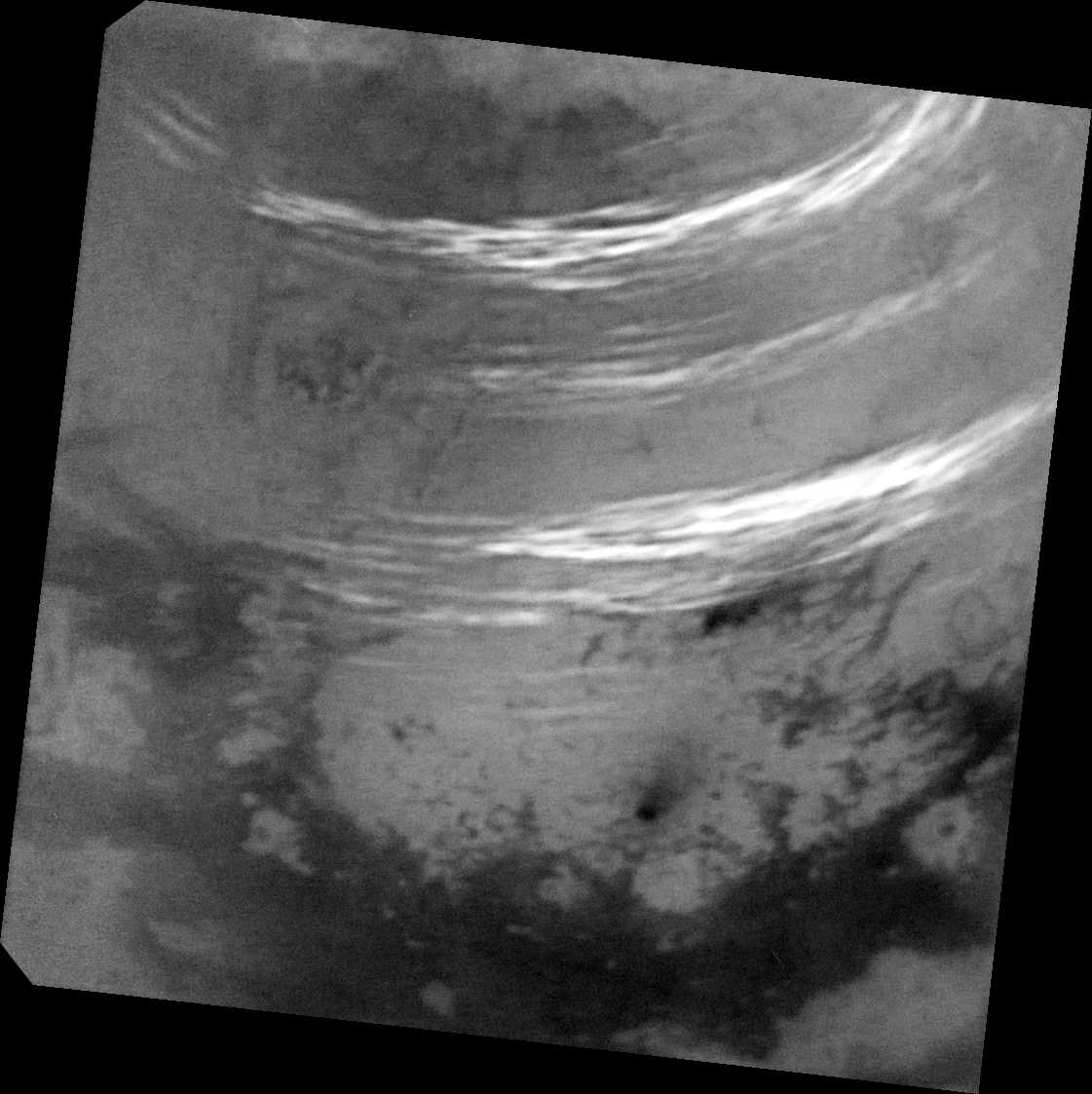 The automatic interplanetary station “Cassini” before the third span between Saturn and its rings photographed methane clouds on Titan.

Titan is the largest satellite of Saturn and the second largest in the solar system. Its diameter is more than five thousand kilometers, which is about one and a half times more than the Moon. In this case, Titan is the only satellite with a dense atmosphere, on the surface of which there are liquid seas. Large dimensions limit the study of the surface of the celestial body and at the same time allow one to observe the movements of gas in the atmosphere. As the satellite’s surface temperature reaches -179 degrees Celsius, methane approaches its triple point and, condensing, forms clouds-it was possible to detect them (at a height of tens of kilometers) in the 1990s. 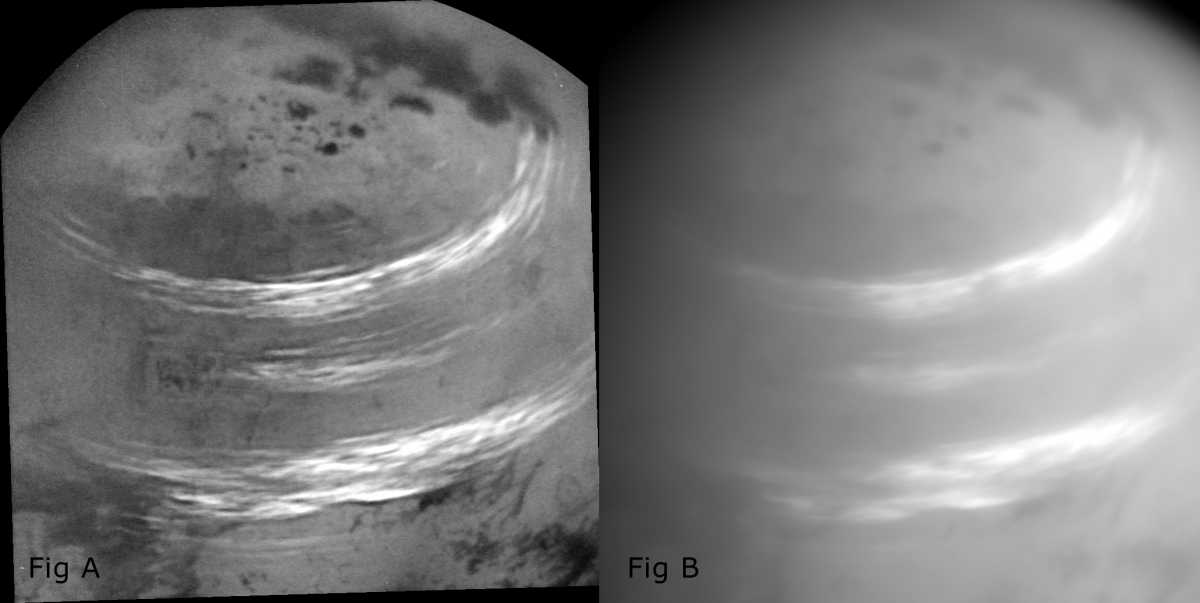 Clouds over the northern hemisphere of Titan / © NASA

Until now, clouds were recorded, as a rule, at the polar latitudes of Titan. The new images taken by Cassini show three cloud lines, one of which is located between 38 and 30 degrees north latitude, where the clouds were rare. The picture was taken at a distance of 0.5 million kilometers. Earlier, the station transmitted to the Earth new images of Saturn – according to the plan, they captured the clouds of the planet in the upper layers of the atmosphere – and studied the scattering of light by dust particles, which consist of inner rings. At the time of closest approach, the latter obscured the sunlight, which made it possible to evaluate the index with the help of an ultraviolet spectrometer.

Snapshots of the clouds are posted on the NASA website.

To date, “Cassini” has performed three flights between the gas giant and the rings – April 26, May 2 and May 9. Contrary to expectations, the analysis of particle density in this region showed that at the moment of maximum approach, at a distance of about 3 thousand kilometers, the station met only a few dust particles, the diameter of each of which did not exceed one micrometer. For the time of the “dives”, communication with the station was interrupted: this was due to the reorientation of the apparatus in such a way that the main antenna functioned as a shield. According to scientists, the “great emptiness” between the rings and Saturn was a surprise, however, apparently, such precautions will not be required.

To the orbit of the gas giant Cassini arrived in June 2004. A new mission, called the “Final Opera”, for the first time allowed scientists to fully explore the details of the seasonal period of the planet. In total, the apparatus will make 22 maneuvers, after which, approximately by September 15, it will burn in the atmosphere of Saturn. In the course of further “dives” the station will also study the chemical composition of the gas giant’s rings and its magnetic and gravitational fields: it is expected that this will help to more accurately determine the age of the ring system – according to modern concepts, it varies from 100 million to one billion years. Earlier NASA also showed a video model of the “Final Opera” before the station dropped.