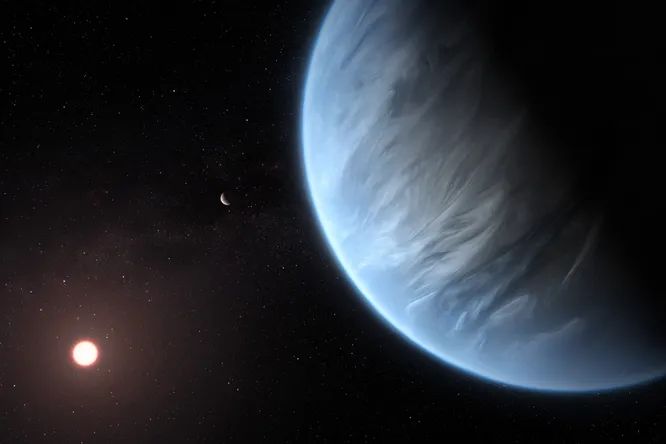 Scientists have shown that methane will be the most important indicator of biological activity on a distant planet. The authors concluded that the release of this gas as a result of volcanism is extremely unlikely.

How to search for life on an exoplanet? What signals from biological organisms should you rely on? Researchers tried to answer this question in a new work. They showed that methane would be the best indicator of biological activity on a distant planet.

The James Webb super-powerful space telescope will be launched soon. Immediately after reaching the L2 Lagrange point and deploying, the device will start working. One of his tasks is to study the atmosphere of exoplanets and look for biosignals in them. It was previously thought that oxygen could serve as such a signal, but research has shown that this gas is not a reliable indicator of the presence of life on the planet.

Methane is much more attractive. It is one of the simplest organic compounds with the formula CH4. On Earth, this gas is most often produced by microorganisms or released as a result of volcanic eruptions. Until now, there has been quite a bit of controversy about how reliable methane can be as a biosignal for the search for extraterrestrial life.

In the new work, the researchers dispelled all doubts: they showed that volcanic activity is unlikely on rocky planets, as a result of which enough methane can enter the atmosphere to be detected. This means that if the James Webb telescope detects methane in the exoplanet’s atmosphere, then most likely it will be of biological origin.

The authors used a thermodynamic model to find out if the release of volcanic magma on Earth-like planets could release CH4 and CO2 into the atmosphere. Scientists have found that volcanoes are unlikely to produce the same amount of methane as biological sources. At the end of the article, the researchers note that the results of their work are based on knowledge that has been obtained from the study of the Earth and the planets of the solar system, so it is unclear how well the new data can describe distant exoplanets.