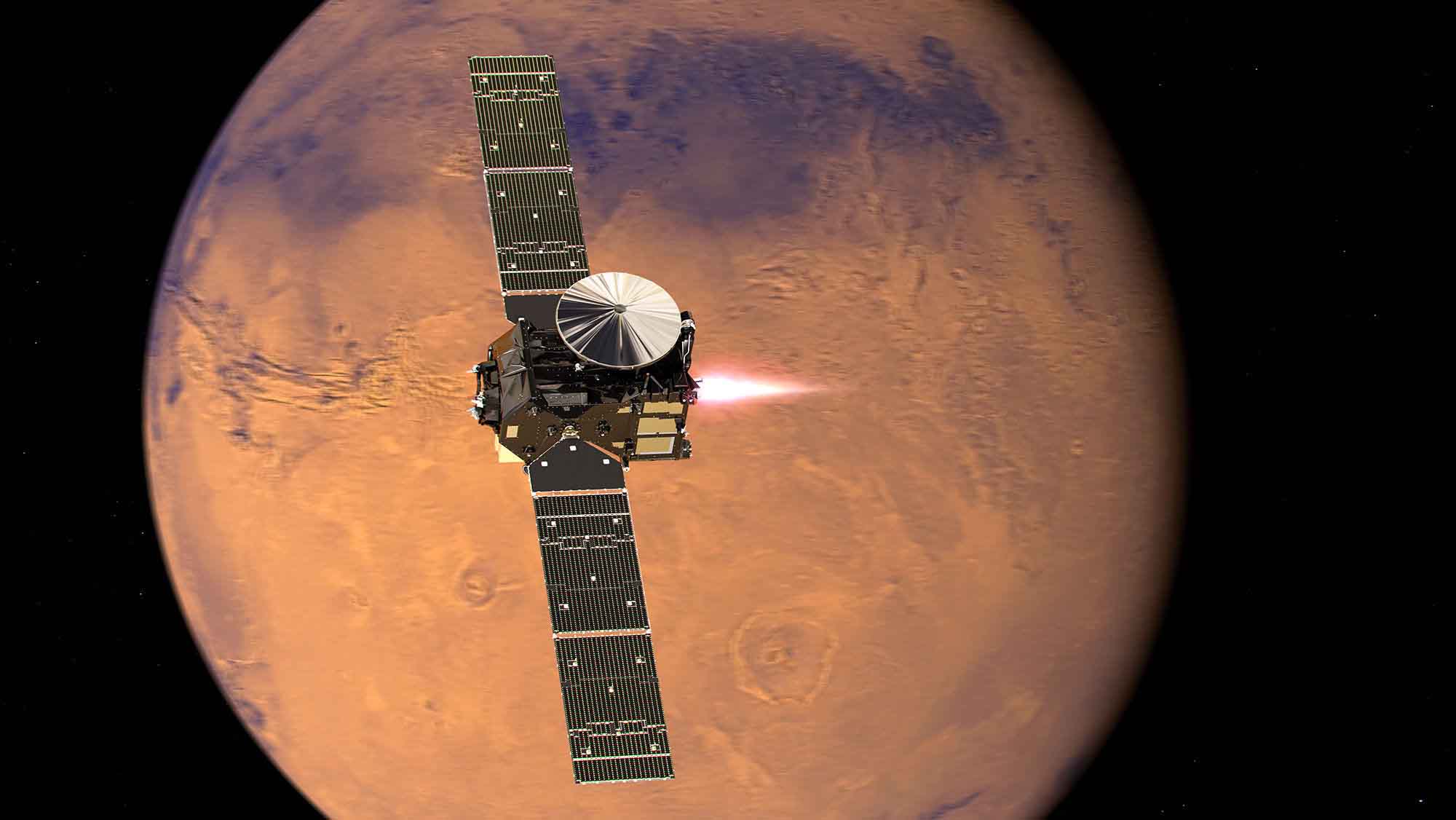 Scientists have many questions about Mars, the most similar to the Earth planet in the Solar system, but one of the most pressing issues on this planet is the problem of methane levels in the atmosphere of the planet then increase then suddenly fall.

Most of the methane on Earth is produced by living organisms, however, a small part of the gas formed in the geological result of interaction of rocks with hot water. Scientists do not know what exactly is the presence of methane on Mars, but they hope in the next 10 years to make detailed maps of the distribution of this gas in the atmosphere of Mars, which will determine where and how often the gas appears in the planet’s atmosphere.

These data will be collected using recently arrived to the red planet, the European Orbiter Trace Gas Orbiter, or TGO, which this week began to test its scientific instruments. Probe TGO in the next year, will gradually go into a circular orbit, the plane of which passes through the poles of the planet, because this orbit enables us to map the distribution of methane on the surface of Mars.

In 2003, methane was first detected on Mars in a concentration of 60 ppm, but in 2006 re-observations have shown that methane unexpectedly disappeared. Because photochemical decomposition of methane under the action of UV rays, only around 300 years, and its disappearance from the atmosphere of Mars occurred for a few months or weeks, consequently, for the disappearance of methane answer additional processes did scientists then conclude. Currently, research into the nature of methane from the atmosphere of Mars continues.