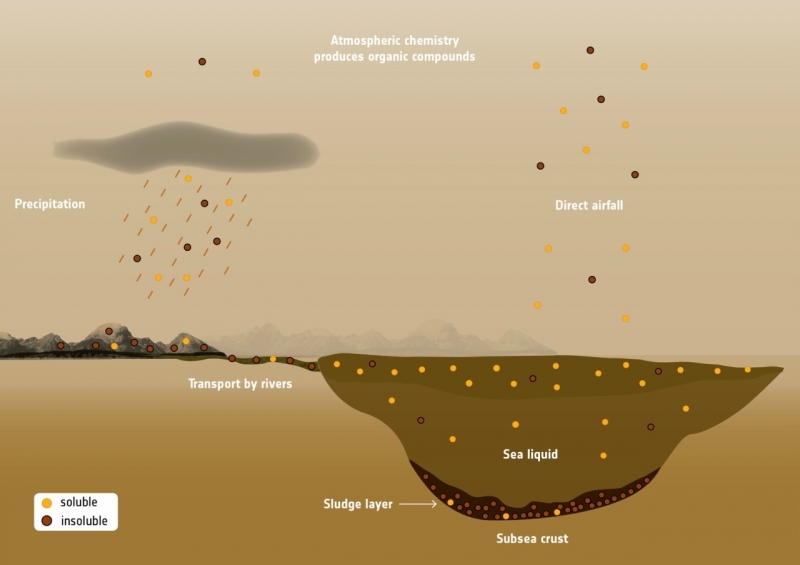 Titan is the only body in the Solar system other than Earth, the surface of which is open water. However, they are filled not with water, but liquid hydrocarbons. Until recently it was believed that their main component is ethane. But the radar observations by Cassini show that sea Titan are composed of liquid methane.

Only the three major sea Titan (Kraken, Lihei and the Lyre), which are surrounded by a network of lakes. They are mainly concentrated in the North pole area and occupy about 2% of the surface of the satellite. But at the South pole discovered only one significant lake. Most likely, this is due to the orbit of Titan, which is the southern hemisphere receives more solar energy than the Northern.

In 2014, Cassini carried a radar observation of the sea Lihei — the second largest Uglevodorody Titanium. Scientists expected to find Ethan, but the radar showed that the sea is rich in methane. A recently published another study based on data collected from 2007 to 2015. According to him, in the sea Lihei no Ethan, it is almost entirely composed of methane, which of course has surprised scientists.

According to one version, seas of Titan are filled exclusively by atmospheric deposition. For another, Ethan can have a bath in the nearby sea. It is also possible that it settles to the bottom and becomes part of the sediments.

In conclusion, I should add that Cassini was also able to set the maximum depth of the sea Ligai. It was 160 meters, which is more than was expected by the researchers. The total sea area of 126 thousand km2, which is comparable to the area of Greece.