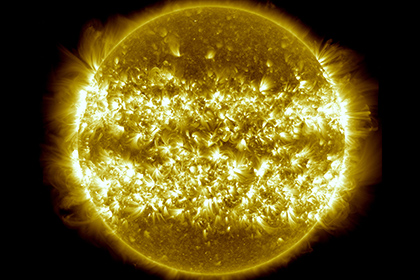 American and Finnish scientists have shown that measurements of solar activity conducted in the last few decades, contain many errors.

According to the scientists, previous estimates of solar activity is overstated by about 4-9 percent. This means that the light behaves more calmly than previously thought.

To their conclusions the authors came analyzing the data about reflected from the surface of the moon solar radiation. This, according to scientists, has allowed to discard systematic errors that occur when measuring solar activity.

The work of specialists, they said, will allow for a more accurate assessment of activity is not only Sun, but other stars, including those near which is in the habitable zone of the exoplanet are.

Solar activity is manifested in the formation and decay in the atmosphere closest to the Earth stars of different configurations of magnetic fields. In particular, we describe the work of scientists S-index determines the strength of solar-radiation storm.