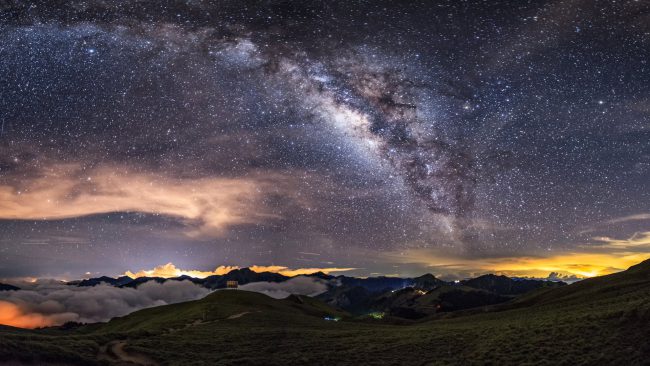 A new study by the Harvard-Smithsonian center for astrophysics indicates that some of the 11 most distant from us the stars in our galaxy at a distance of 300,000 light-years from Earth, most likely, was stolen from the neighboring dwarf galaxy Sagittarius. This is the second closest to our milky Way galaxy, which makes her the perfect victim to commit crimes in space, say scientists.

Graduate student Marion Dierickx and her mentor, the famous theorist and Harvard astrophysicist Abraham Loeb, explored this question through computer simulation models, taking into account amendments of movement characteristics (speed, direction etc) of the dwarf galaxy Sagittarius during the last 8 billion years. The researchers found that the Sagittarius galaxy is actually a satellite of our milky Way galaxy. And while she’s circling around our galaxy, that its gravitational dominance managed to steal it 5 stars. While 6 remaining the most distant in our galaxy of stars, most likely, were stolen from another nearby dwarf galaxy.

Time in computer models Dierickx did not spare the galaxy of Sagittarius. In the end, she lost nearly one-third of its stars, as well as almost 90% of the dark matter that was callously stolen by the Milky Way.

Dierickx and Loeb hope that the project Sloan digital sky survey Observatory the Apache point in new Mexico, as well as a Large overview of SYNOPTIC telescope (LSST), the construction of which will soon be completed on the mountain Grey Bacon to Chile, will help you to find more stolen Milky Way stars.