Milky Way through a crystal ball 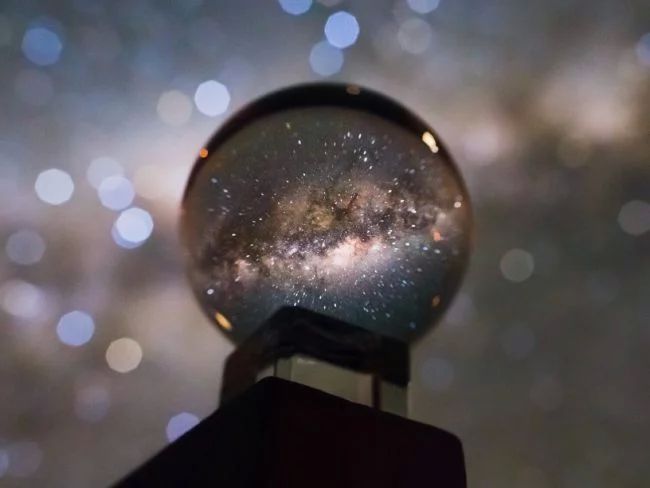 Fairy tales have long been telling us that many things can be seen in a crystal ball. In it, you can exactly see the Milky Way, and this was proved by the astronomer Juan Carlos Muñoz-Mateos. Perhaps this is one of the best ways to look at our galaxy, which so beckons us to new knowledge and accomplishments.

Juan Carlos Muñoz-Mateos, who owns this remarkable photo, said that he likes to photograph the Milky Way, but today it is not so easy to show a unique look at it. He has long been watching the universe from the observatory in Chile.

The idea of ​​such a wonderful picture came to him when the astronomer was walking around the flea market. He saw a huge number of very different crystal balls. Most people would have passed by, but Muñoz-Mateos realized that such a ball could act as one of his favorite lenses.

After buying the astronomer went to his telescope in the Atacama Desert. It is so high that the view of the night sky is more than clear. With himself Muñoz-Mateos had only a camera, a tripod and a crystal ball.

For the picture, a Canon 6D camera with a 24mm wide-angle lens was used. This allowed him to capture in the frame both the crystal ball and the starry sky behind him. A 30-second exposure made it possible to display a cluster of stars, gas and dust in a crystal ball, allowing us to peer into the center of the galaxy.

Perhaps the picture could have been made better, but the astronomer was so delighted with the photo he received that at first he could not think of anything else. She’s really amazing. Now he has several ideas for future shots.