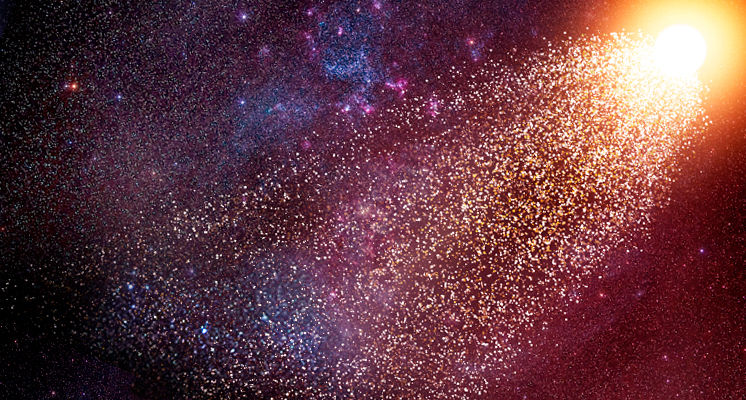 A group of astronomers have shown that the fastest moving stars in our Galaxy – who travel at such a high speed that they can leave the Milky Way – are in fact a “fugitive” from a smaller galaxy circling around ours. Many of these stars complete their life cycle, being “on the road”, so the streams of “dead stars” – neutron stars and black holes – can be carried towards our galaxy.

Researchers at the University of Cambridge, UK, using data obtained with the help of the Sloan digital sky survey and computer models, showed that these so-called superfast stars originate from the Large Magellanic Cloud (LMC), a dwarf galaxy that is a companion of the Milky Way.

Astronomers initially assumed that these superfast stars, which are giant, short-lived blue stars, originate from the center of the Milky Way as the supermassive black hole of our Galaxy. Other scenarios, including disintegrated dwarf galaxies or chaotic star clusters, could also explain the origin of the velocities of these stars, but none of the three mechanisms explained why all these stars are located in only one, specific part of the sky (in the direction of the constellations Leo and Sextant) .

Therefore, the idea that the stars could have originated from the LMC galaxy seemed to the researchers quite plausible. To test their hypothesis, the authors conducted computer simulation sessions that showed that the “fugitive stars” could indeed be thrown out of the LMC galaxy rotating at very high speed, but exerting only a weak gravitational effect on the stars. This could happen in supernova explosions in binary stellar systems, as a result of which the second stellar component is ejected from the system with a giant velocity, which, moreover, adds up with the speed acquired by the star as a result of its rapid rotation along with the rotating galaxy. The simulation also showed that in our Galaxy there may be more than 10,000 ultra-fast runaway stars from LMOs, and even more, perhaps several million, super-fast remnants of those stars that exploded just “on the go” and are now black holes or neutron stars.