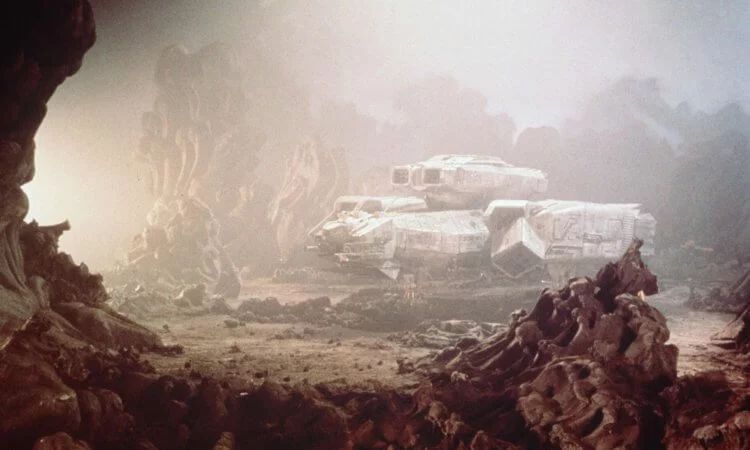 A group of American scientists from the Smithsonian Astrophysical Observatory in Cambridge called for the development of serious restrictive measures for the extraction of minerals on the worlds of the solar system. Experts note that humanity can deplete the solar system in the same way as the nature of the Earth, if it begins to use its resources uncontrollably.

In a new study, which will soon be published in the journal Acta Astronautica, it is said that the industrial revolution, which began about two hundred years ago, in such a short time by geological measures, has unrecognizably changed our planet.

Wildlife areas are shrinking, the atmosphere and the oceans are polluted, about a million species are threatened with extinction. Since technologies are developing at a sterile pace, and humanity will soon be able to start mining minerals on other planets and their satellites, a similar negative scenario may repeat, but on a larger scale, scientists say. If space exploration goes as fast as the development of world economies, then humanity will completely deplete the water, iron, mineral and other resources of the solar system in just 400 years.

“If we don’t think about it now and just move on, as we always do throughout human history, we’ll face a crisis of catastrophic proportions in a few hundred years, much worse than what we see on Earth now,” notes senior astrophysicist at the Smithsonian Astrophysical Observatory and lead author of a recent study, Martin Elvis.

Turning the solar system, down to remote corners, into a desolate desert can deprive us of our home. And we have nowhere else to go, say the authors of the study. Therefore, scientists urge to keep 85% of the system intact, turning them into something like the national parks of the Earth.

Limiting galactic consumption to one-eighth of the available resources may seem like a bad deal, but outer space is a big place, and even a small part of the generosity of our solar system could give mankind a great deal.

“The eighth part of the iron in the asteroid belt is more than a million times greater than all the reserves of iron ore on Earth, and this may well be enough for centuries,” the study authors give an example.

While working on this “one-eighth principle,” the researchers examined the exemplary use of iron on Earth since the beginning of the industrial revolution.

If humanity also begins to zealously extract resources on other planets of the solar system, then they will be enough for about 460 years, scientists calculated. After that, we will have to go sharply to completely different sources, which, according to the author of the report, looks like a very unrealistic perspective.

Scientists note that massive worlds with powerful gravity, such as Jupiter, can safely be excluded from plans for space exploration. Mankind is unlikely to be able to extract resources there. Scientists call much more promising worlds closer to Earth objects: the Moon and Mars, as well as iron-rich bodies passing through the asteroid belt.

At the same time, the authors note that at present, the pace of launching interplanetary missions is not too intense – about 15 projects per decade. If this trend continues, people will need 130 years to visit at least once potentially potentially exploitable sites. However, as soon as the necessary technologies appear that allow quickly, safely and effectively to extract resources on other planets, a chain reaction will be launched.

“As soon as someone starts to get unrealistic revenue from the extraction of useful resources in space, it will become the equivalent of the gold rush. We have to take this very seriously, ”sums up Elvis.