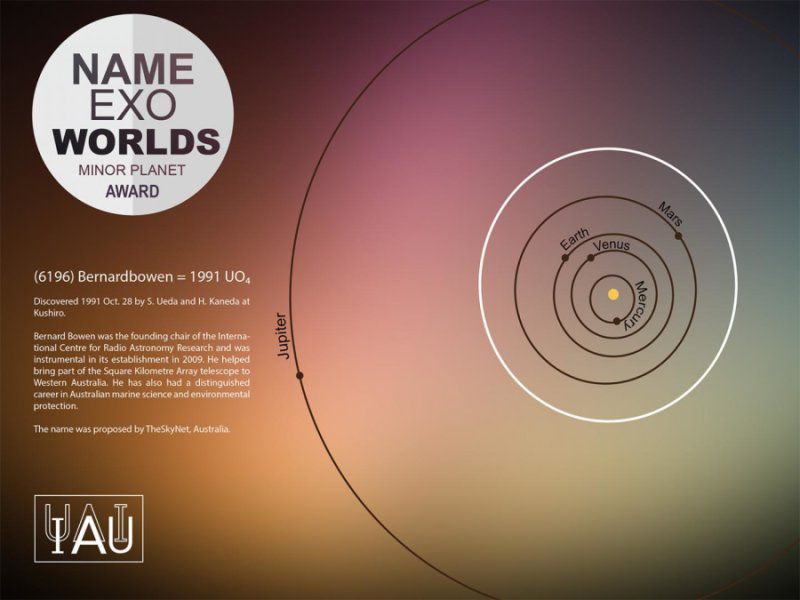 A small planet in the Solar system will now be officially known as Bernard Bowen (Bernardbowen) because Australian Association of Amateur astronomers called the SkyNet won the contest prize of which was the opportunity to name the celestial body.

Planet Bernardbowen located in the Main asteroid belt between the orbits of Mars and Jupiter and revolves around our planet with a period of 3.26 years.

Part of the ICRAR, the project theSkyNet began to work since 2011 and involves the use of capacities of computers Amateur astronomers to solve new mysteries of the Universe.

Currently, small planet Bernardbowen is one of the seventeen small planets with their own name.

Dr. Bowen has made a significant contribution to science, founded the organization of ICRAR in 2009, and also contributed to the placement of the grid of radio telescopes the Square Kilometre Array in Western Australia.