Modern telescopes do not see the “ninth planet” 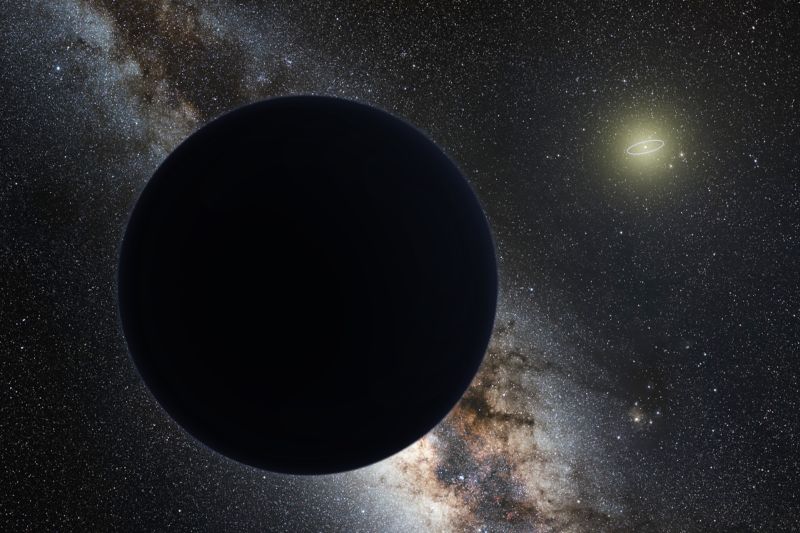 Substantial evidence points to the existence of a “ninth planet” – a hypothetical trans-neptune planet, presumably located in the outer regions of the solar system.

Astronomers believe that the existence of this object could explain the unusual behavior of the trans-Neptunian objects on the edge of our stellar system. Unfortunately, no telescope has so far been able to catch the elusive planet.

Michael Brown, an astronomer from the California Technical Institute, argues that it makes sense to believe that if the “ninth planet” exists, it may be invisible to current observatories. In 2016, Brown and his colleague Konstantin Batygin predicted that the “ninth planet” is 20 times more massive than the Earth and orbits the sun in an elliptical orbit a thousand times larger than the distance between the star and the Blue Planet.

The planets, which are two times farther from the Sun than the Earth, are 16 times fainter, since the intensity of sunlight is weakened fourfold when these objects are reached and another four times on the way back. Consequently, at an orbital distance of 600 astronomical units (au), the object can be 160,000 times fainter than Neptune, rotating around the Sun at a distance of 30 AU. At a distance of 1000 AU. the elusive “ninth planet” will look a million times duller. Astronomers claim that at a distance of one thousand AU. they face an insurmountable obstacle – in part this explains why it is so difficult to discover this planet.

Study of the orbits of six remote trans-Neptunian objects. All of them point in the same direction and are inclined 30 ° “down” relative to the plane of revolution of the planets of the solar system / © Caltech

Brown and his colleague Scott Sheppard, an astronomer from the Carnegie Institution, are now closely engaged in searching for an object on the Subaru telescope in Hawaii. Researchers use a wide field of view of the telescope for searching. However, this does not guarantee that the planet will be discovered, because it can go unnoticed because of the light pollution of the Milky Way. In addition, it can be invisible due to the bright star on its background. But the worst thing is that the planet can be at the point of its orbit far beyond one thousand AU. – and it will take many thousands of years to return to the nearest point to us.

Given all the difficulties, scientists are looking for new ways to find the planet. For example, physicists believe that the “ninth planet”, being smaller and colder than gas giants, is easily visible in the millimeter spectrum between microwaves and infrared light.

Cosmologist from the University of Illinois Gilbert Holder is optimistic. He believes that millimeter telescopes in the Antarctic and Chile will be able to register the “ninth planet” very soon. Holder is confident that as soon as the experiment “Next Generation CMB Experiment” is launched, he will be able to register bodies the size of the Earth at an orbital distance of 1000 AU.

“When it is turned on, the” ninth planet “will not be able to hide,” Holder said.