Moon against the background of Asia from the ISS

The astronaut aboard the International Space Station made this photo when the crew flew over Asia, sending the lens to the southeast. Astronauts have a unique opportunity to photograph the Earth from different angles, orbiting in the upper atmosphere – the thermosphere. 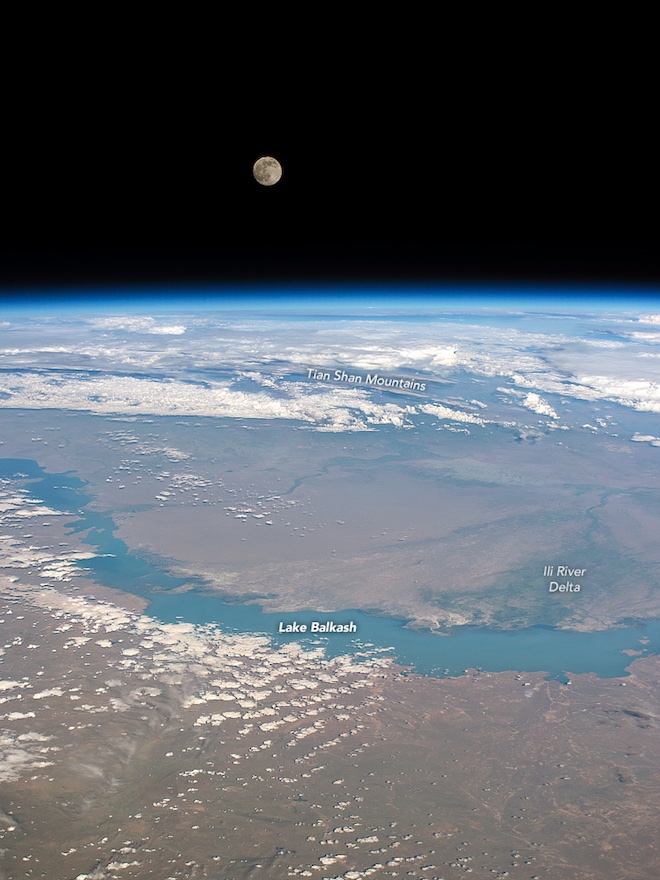 In the foreground we see Lake Balkhash in Kazakhstan. Its main sources are the rivers Ili and Karatal. The megaphone deposits in the Ili delta form a conical shape along the shores of the lake. Covered by clouds, the Tien Shan mountains, located in the north-west of China, feed the lakes and rivers with meltwater.

Hanging over the landscape, the Moon seems to be buried in the darkness of outer space. Astronauts on the ISS see the same lunar phases as humans on Earth. A bright blue gradient at the top of the photo is the edge of the earth’s atmosphere, known as the limb. The Moon does not have such smooth boundaries because of a less dense atmosphere.