Moon and Jupiter in one photo 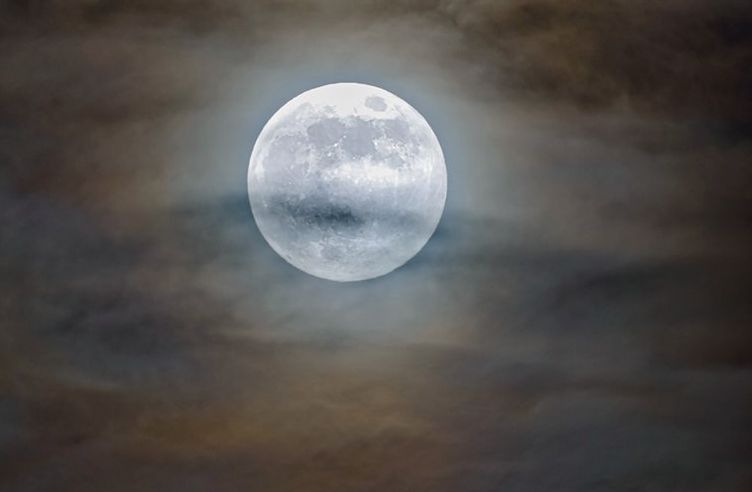 On April 10, the full moon and Jupiter appeared together in the field of view of the telephoto lens. They were near the confrontation, that is, near the point opposite to the Sun in the night sky of planet Earth. The exposition was made when a passing cloud loosened the bright light of the Moon.

The picture shows the familiar disk of the largest natural satellite of our planet and lined up in a row of four Galilean companions of Jupiter. Small luminous points above the bright Jupiter are (from top to bottom): Callisto, Europe, Ganymede and Io. Our natural satellite is closer and brighter, it looks much larger. However, in fact, Callisto, Ganymede and Io are bigger than our Moon, and the water world – Europe – is only slightly smaller.

Of the six largest satellites of the planets in our solar system, this photograph does not include only Saturn’s moon Titan. 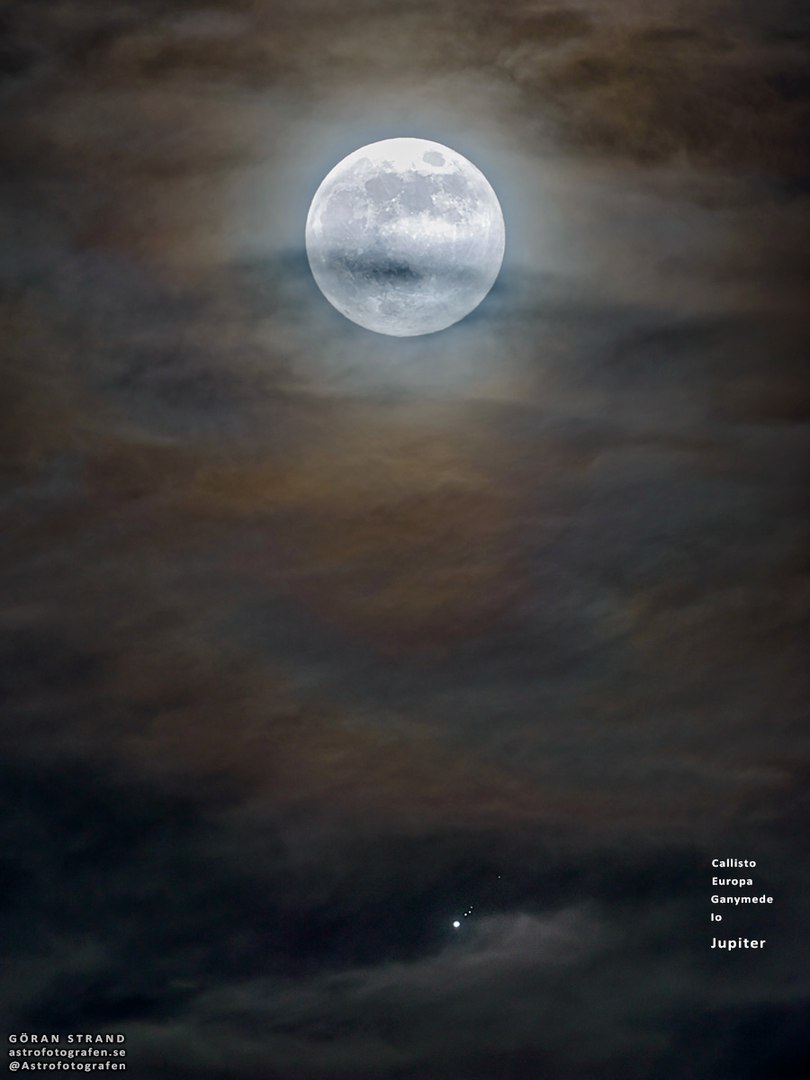