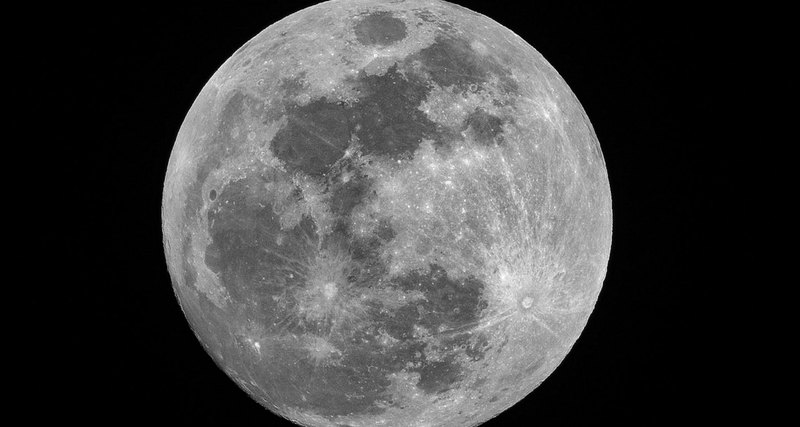 To measure the brightness of the moon, NIST scientists installed a telescope on a NASA aircraft capable of rising above others – ER-2, which in 1998 set a world record for horizontal flight altitude for vehicles weighing from 12 to 16 tons – 20,479 meters.

Existing estimates of the brightness of the Moon have an error of at least 5%, since measurements have so far been carried out only from the surface of the Earth through the haze of the atmosphere. Now scientists have measured the brightness of the moon above the clouds, for which they installed a special telescope on an airplane. The error in new measurements will be less than 1%, according to the American National Institute of Standards and Technology (NIST).

Knowing how bright the light reflected from the moon can improve the accuracy of data from satellites that use the luminosity of the moon to test the operation of their instruments. These are meteorological satellites, as well as those that monitor the status of crops and observe the dangerous flowering of algae.

Having directed the satellite to the Moon and comparing its observations with the actual brightness of the Moon, scientists can check whether the satellite sees the Earth correctly and correct the information coming from it to exclude any errors, including in the data obtained earlier.

Measurements of the brightness of the moonlight were carried out in the predawn hours. During each flight, the telescope placed on the wing of the aircraft was sent to the moon for half an hour. The altitude at which the studies were conducted was about 21 kilometers, which is approximately twice the height of the flight of a commercial airliner.

To determine the brightness of the moon, you can’t just send a telescope into space, as it will encounter the same problems that other satellites observing the Earth experience. In addition, in space conditions, instruments may fail or their calibration will fail. By raising the telescope over the troposphere for a while, scientists can check it after landing and determine how accurate the data were. At the same time, the influence of most factors that reduce the accuracy of observations is eliminated anyway – 80% of the entire Earth’s atmosphere is under the wing of the plane.

Scientists are still busy analyzing the results of observation. For a more accurate determination of brightness, it is necessary to measure the reflected light at different phases of the moon for at least three years.