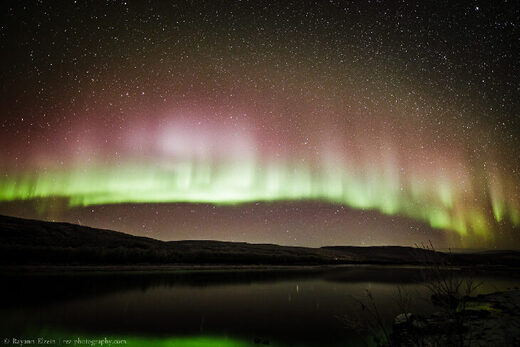 Nobody knows where these red flashes came from. For most of mid-October, the Earth’s magnetic field was very calm. There shouldn’t have been auroras at all, but beyond the Arctic Circle the sky is blazing red.

Photographer Ryan Elsein from Utsjoki, Finland captured this picture on October 17th. “I photographed similar auroras on October 12, 13, 14 and 15,” says Elsein. “In each case, the geomagnetic activity was very low (with K indices no higher than 0 or 1).”

“The red color appears to have been most noticeable during the lowest geomagnetic activity – that is, when Bz was positive and the solar wind speed was low (300 km / s or lower),” Elsein notes. “The solar wind was also weak, with a proton density above 15 p / cm 3.”

Red auroras appear when particles from space collide with oxygen atoms in the upper part of the Earth’s atmosphere. However, the very slow atomic bonds that produce red photons in the auroral zone are easily interrupted. Even experienced observers rarely see them. 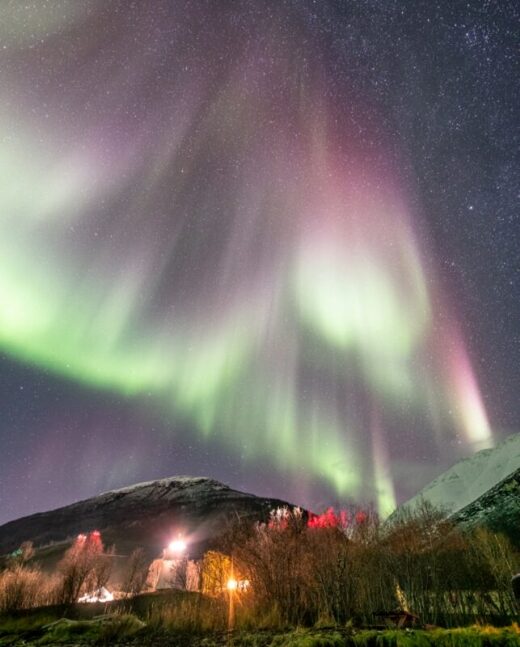 In Tromsø, Norway, Markus Varik saw the same lights. “Activity was extremely low on October 17th when pink and red appeared. After many years of observation, I have never seen anything like it.”

“It looked white to the naked eye, but it was bright pink on camera,” Varik says.