More than one hundred thousand new craters discovered on the moon 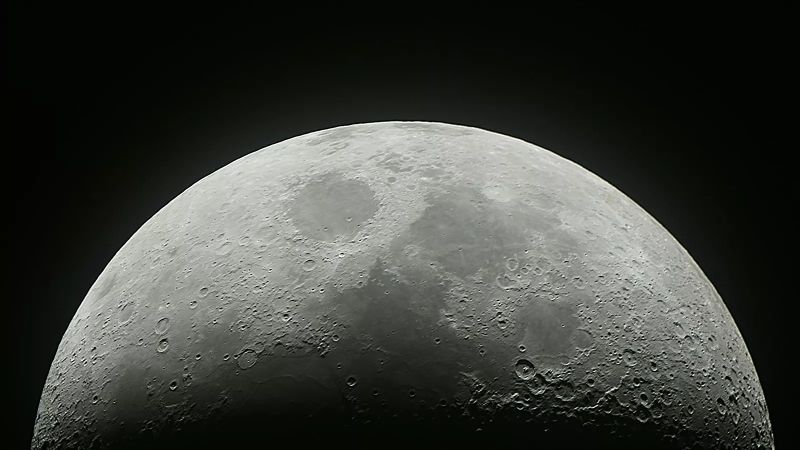 Scientists have used machine learning methods to identify about 109,000 previously unknown craters on the lunar surface. For about 19 thousand of them, it was possible to estimate the time of education. The research results are published in the journal Nature Communications.

Craters occupy most of the moon’s surface. They belong to the five lunar geological periods – the Donectarian, Nectarian, Imbrian, Eratosthenic and Copernican, covering a total of about four billion years of lunar history.

The International Astronomical Union has recorded 9137 lunar impact craters from 1919 to the present day. For 1675 of these, the age is determined and is used as a reference value for estimation by overlap analysis of the relative times of formation of other craters.

However, manual assessment methods and more recent automatic crater detection programs have produced conflicting results. In particular, irregular craters, structures destroyed over time or formed by the superposition of younger craters are ambiguous.

Chinese scientists from Jilin University and the Chinese Academy of Sciences, together with colleagues from Italy and Iceland, used data from the Chang’e-1 and Chang’e-2 orbiters of the China Lunar Program, which were engaged in topographic mapping and photography in 2007-2010, to identify lunar impact craters the surface of the moon.

For image processing, the researchers applied a transfer approach to machine learning, in which previously acquired knowledge is used by computer networks to solve subsequent problems. The authors trained a deep neural network to recognize craters and determine their age using the example of 7895 previously identified and 1411 dated objects.

As a result, the system was able to identify 109,956 new craters in the middle and low latitudes of the Moon in the Chang’e-1 and Chang’e-2 images. This is dozens of times more than was discovered over the entire previous time.

For 18,996 craters more than eight kilometers in diameter, the network determined the formation time, which is important for understanding the history of the entire solar system.

The system used morphological and stratigraphic age determination criteria. It turned out that most of the large craters, ranging in size from 50 to 550 kilometers in diameter, belong to the earliest Donektarian period, which ended about 4 billion years ago, and smaller craters are confined mainly to the Nectar and Copernican periods.

Scientists believe that their results may form the basis for the creation of a new database of craters in the middle and low latitudes of the moon. They also speculate that the approach they developed could be applied to other bodies in the solar system.