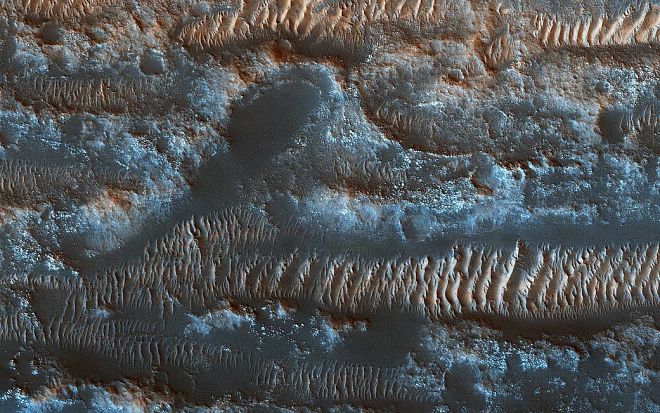 Spacecraft Mars Reconessance Orbit NASA made a photograph of the moving sand dunes in the Lobo Valley on the Red Planet.

Bright waves in the picture were formed by an ancient climate. Dark dunes and sandy strips (formed by basalt sand) moved and filled the lower areas under the influence of winds. Movement, if you look at this photo, occurred from the top down.

The Lobo Valley got its name in honor of the river in Côte d’Ivoire.

The photo was published by NASA’s Jet Propulsion Laboratory in Pasadena.