As you know, the gas shell of the red planet is much thinner and weaker than the earth’s. The average pressure on Mars is 160 times less than on Earth. This leads to the fact that much more meteorites get to its surface than to our planet.

Located on the near-Martian orbit earthcraft repeatedly photographed fresh craters that appeared on the surface of the red planet in recent years. But the presented photos differ from most similar images. 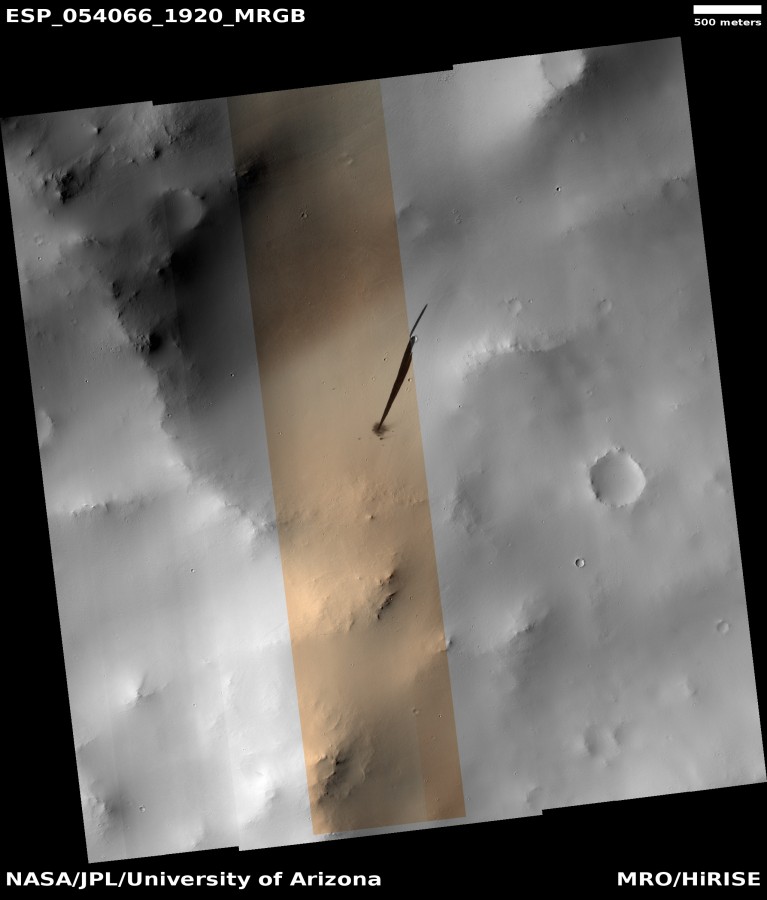 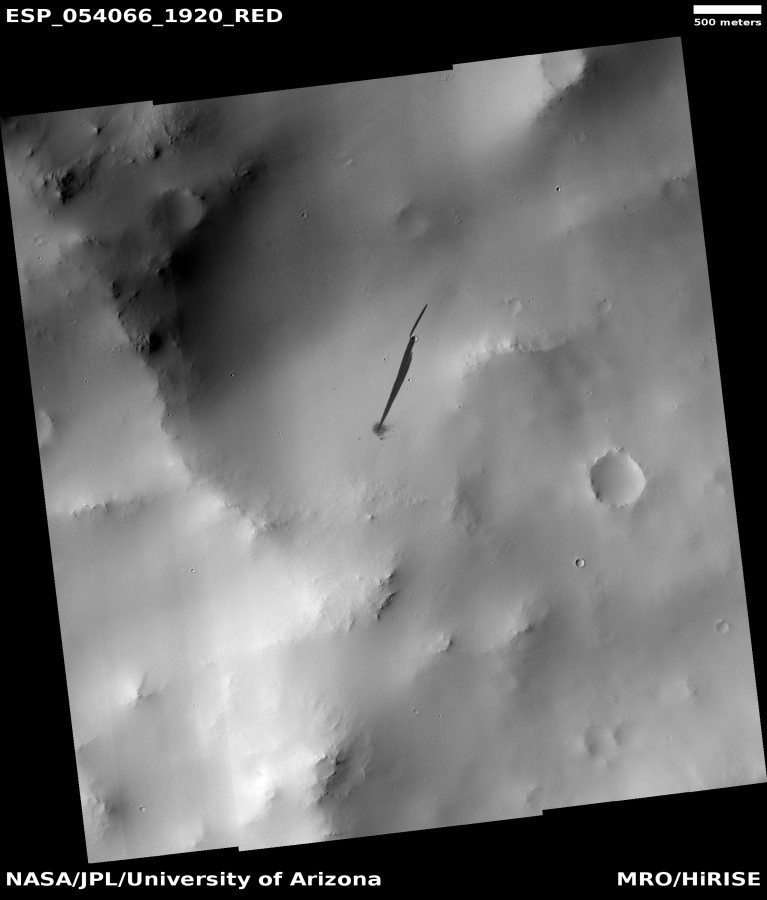 They were made by a HiRISE camera installed on the MRO station. At first glance, it may seem that the picture captures smoke rising above the fresh crater. But this impression is deceptive. In fact, a dark strip is an avalanche. The matter is that the space visitor has got to a slope, having caused a collapse. The avalanche struck by a blow stretched across the Martian surface for a whole kilometer. For comparison, the diameter of the crater itself is five meters. 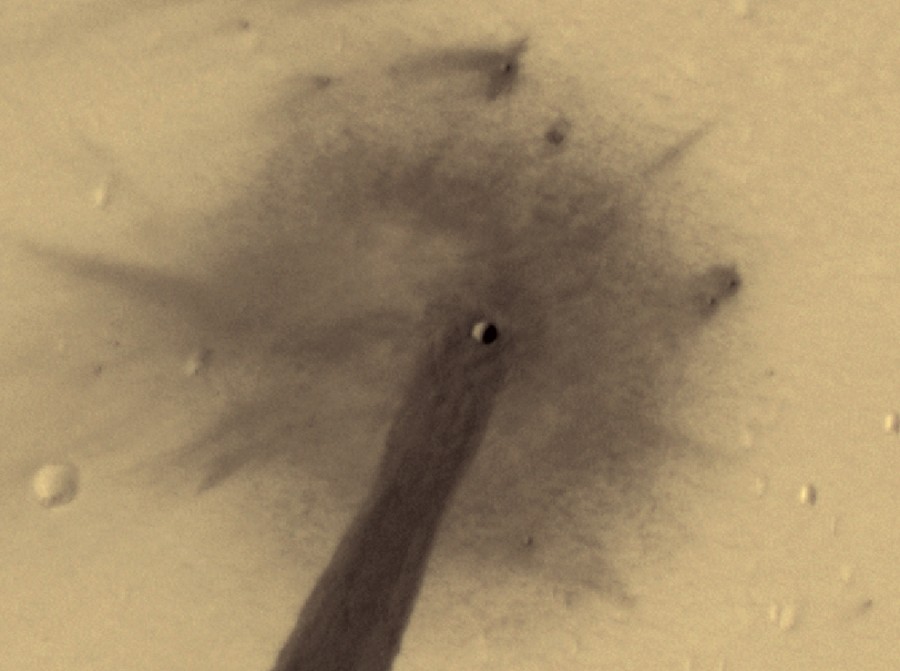