MRO probe took a photo of an amazing Martian landscape 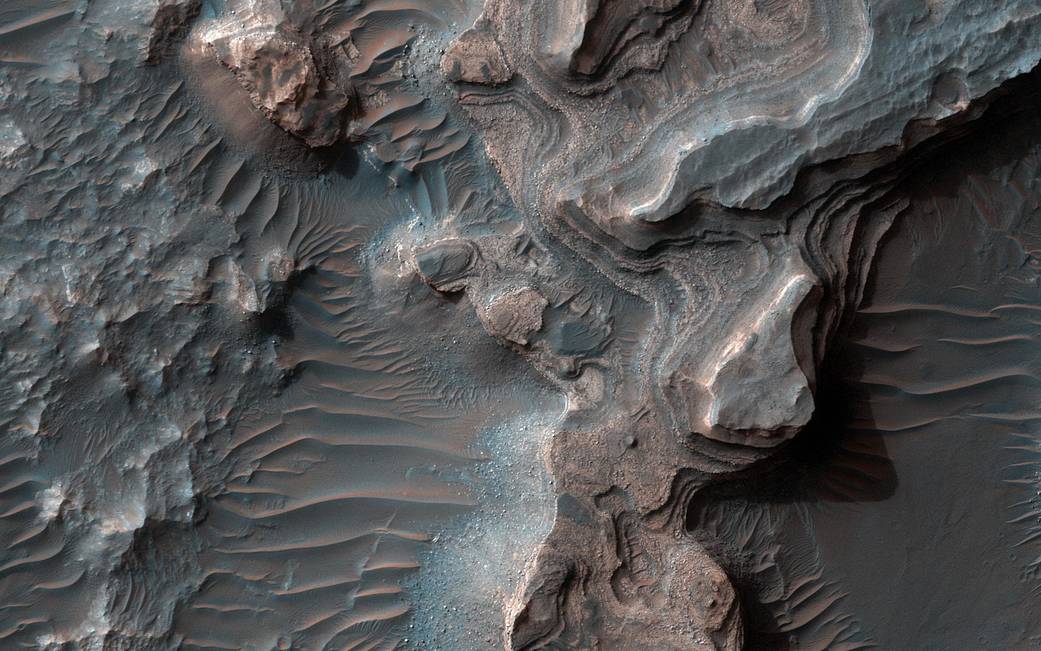 It is a network of valleys called Uzboi Vallis, in which layered sediments predominate. These deposits overlap each other under the influence of various external and internal factors. Consequently, at the top were the youngest layers, while the lower the most ancient layered rocks are concentrated.

According to scientists, the study of each of these layers can give a more complete picture of how Mars formed and evolved.

MRO mission scientists also report that, presumably, there was a large lake filled with liquid water in this region. Many minerals found in Uzboi Vallis could not be formed in any other way, except under the influence of liquid water.

The data obtained with the help of the scientific tool CRISM, installed on board the Martian Reconnaissance Apparatus, show that the clay rocks found in the Uzboi Vallis valley differ significantly from the clay of the neighboring environment. On this basis, the scientists concluded that the conditions in this region and in the adjacent territories were different. Rather, just a large lake with liquid water helped form a special clayey rock. Over time, it gradually dried up, exposing the layered sediments.