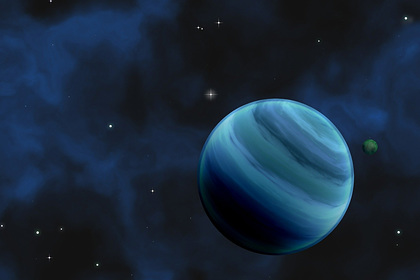 Astronomers at the University of California at Santa Cruz have uncovered the mystery of why gas giant exoplanets often have elongated orbits, although they have a large mass that prevents changes in rotation around the star. This was reported in a press release on Phys.org.

The researchers conducted a computer simulation of hundreds of planetary systems, each of which had 10 planets rotating in circular orbits. Each simulation was different from the other in the masses of celestial bodies and the total mass of the system. The evolution of the model took place over a period equivalent to 20 million years.

The gas giants with the largest mass appeared during the merger of smaller planets located at a distance of one to eight astronomical units (one astronomical unit is equal to the distance from the Earth to the Sun) from the native star.