Mysterious celestial structure in the form of a loop 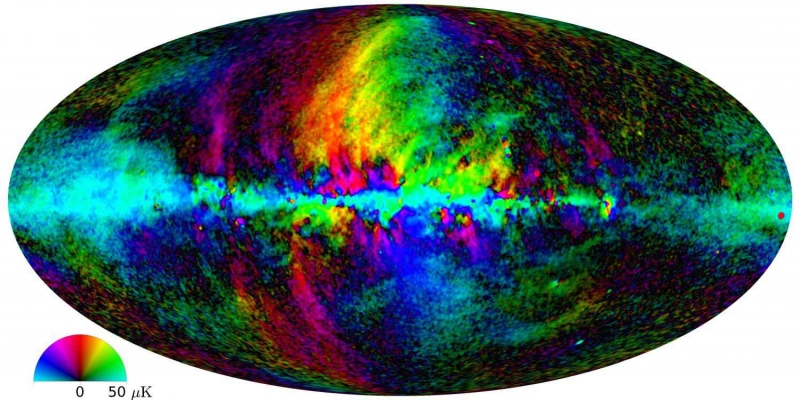 50 years ago scientists discovered the phenomenon, called Loop I. Today we still have not fully solved the mystery of the formation of this giant celestial structure, but we now have the best to date her image, received via satellite Planck satellite of the European space Agency.

Loop I is nearly circular in form education, covering about a third of the entire sky. In fact it is, apparently, a spherical “bubble” components in cross-section not less than 100 angular degrees. However, the absolute size of this structure still remains unclear, as the distance to a “bubble”: it is estimated that the center “bubble” can be at a distance of from 400 to 25,000 light-years from us.

This structure is observed in many ranges of the electromagnetic spectrum, from radio waves and ending with gamma radiation. Satellite “Planck” I watched the Loop in the microwave frequency range. In this picture the colors indicate the polarization of the waves, i.e. the direction of oscillation of the vector amplitude in a plane perpendicular to the direction of propagation of the wave.

According to the most common version put forward by scientists, Loop I is located relatively close to the Ground. If this story is true, then this mysterious education might be related to the OB Association stars of the Scorpius-Centaurus a region of space in which the formation of very massive stars. Loop I may represent the remains of a supernova, a giant “bubble” formed in the explosions of stars within OB associations.