Mysterious “G objects” discovered near the core of the Milky Way 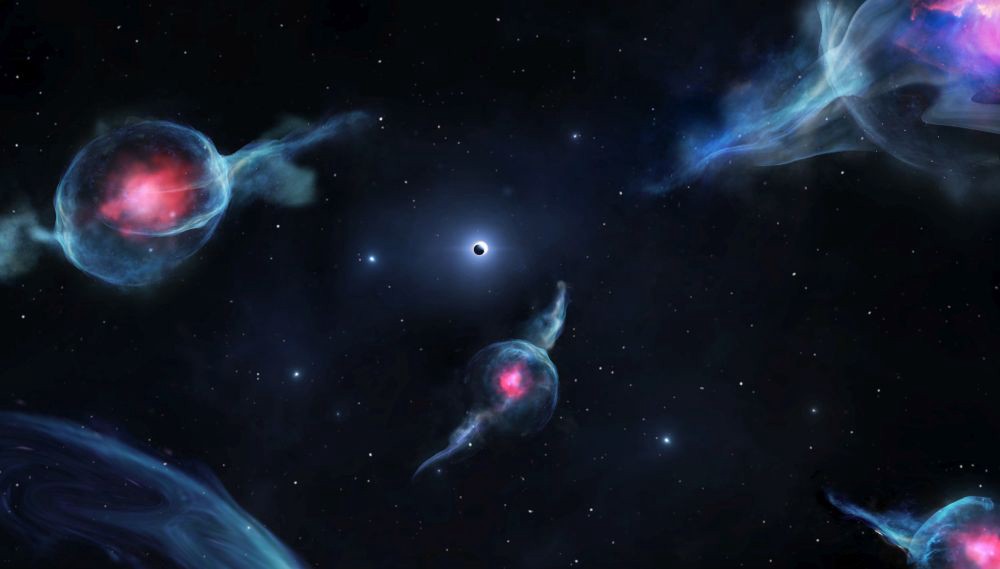 In a new study, astronomers describe six mysterious objects that circle around the central black hole of our galaxy.

According to the authors, these abnormal objects (from G1 to G6) look like oblong gas bubbles, several times more massive than the Earth.

However, they behave like small stars, capable of passing dangerously close to the edge of a black hole without tearing to shreds.

Astronomers have discovered several mysterious G-objects near a central supermassive black hole in the Milky Way. They look like clouds of gas, but they behave like stars, the researchers said at the 232nd meeting of the American Astronomical Community.

The first G-object (G-objects) was registered by scientists in 2004, and the second – almost a decade later, in 2012. At first, astronomers assumed that these were clouds of gas that are often found in the galactic center, but after the structures approached the black hole, it became clear that they were something else. If G-1 and G-2 were clouds of gas, then the gravity of the black hole Sagittarius A *, whose mass is estimated at 4 million solar, would simply break them. However, the mysterious objects were able to survive the rapprochement with the black hole and maintain their integrity.

Now, a group of astronomers led by Anna Ciurlo from the University of California at Los Angeles discovered three more similar structures – G-3, G-4, G-5. Researchers studied the Keck Hawaiian observatory data collected over 12 years and processed it using the OSIRIS-Volume Display program, which allowed them to obtain three-dimensional images of the galactic center and distinguish G-3, G-4, G-5.

Kiurlo’s group suggests that G-objects can be very large, bloated stars. When they come close enough to the black hole, it begins to draw matter from their atmosphere, but the mass of stellar nuclei is sufficient to resist the destructive action of tidal forces. However, in this case another question arises – how could such large celestial bodies form? Researchers believe that one of the possible scenarios is a collision of two stars due to the action of black hole gravity. It can affect the orbits of objects rotating around each other and cause them to collide. “Newborn” stars can remain bloated for many thousands or even a million years before they return to normal size.
In the future, scientists plan to confirm that G-3, G-4, and G-5 and structures discovered in the past are of the same nature. This will require additional observations. The closest approach of the G-object and the black hole will occur, according to calculations, no earlier than in 20 years.

The galactic center, despite its relative proximity to the Earth, is still not fully understood. It is estimated that about 20 thousand black holes can be located within one parsec around a supermassive black hole. Recently, scientists managed to find 12 low-mass X-ray binary systems, one of the components of which are likely to be stellar black holes.