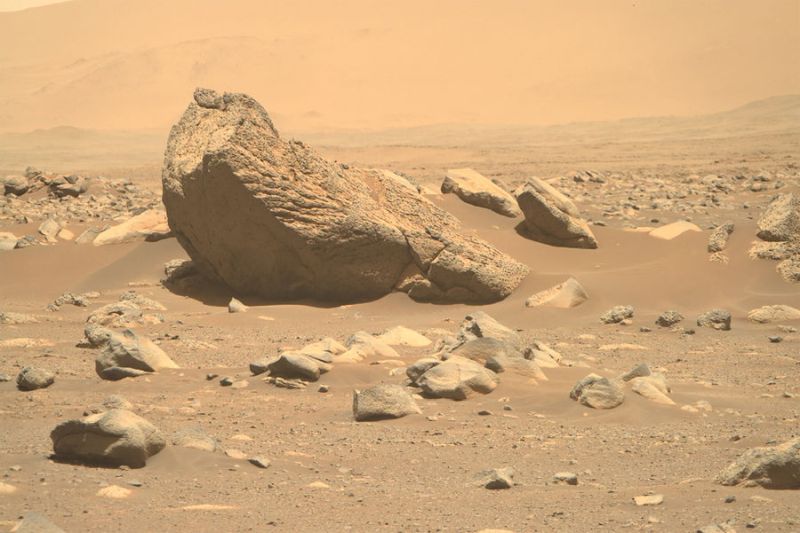 Martian olivine-rich bedrocks in Gusev and Ezero craters, where they were explored by rovers, could have formed in the same way as on Earth: ignimbrites appeared – volcanic clastic rocks, which in their origin are both igneous and sedimentary and are formed as a result of catastrophic explosive eruptions from huge volcanic calderas. This conclusion was made by a team of researchers led by Steve Ruff from the School of Earth and Space Studies at the University of Arizona by analyzing data from several Martian missions. The results were published in the journal Icarus.

On Earth, ignimbrites are found in places such as Yellowstone National Park, located in the western United States. Yellowish rocks were ejected from a huge volcanic caldera that formed about 2.1 million years ago. “Nobody has previously proposed ignimbrites as an explanation for olivine-rich bedrock on Mars,” said lead author Steve Ruff. “And it is quite possible that this is the rock that the Perseverance rover has traveled and sampled over the past year.”

Olympus, the largest volcano in the solar system, is located on Mars, ancient lava flows cover vast areas of the planet, so the presence of a large number of volcanic rocks is not particularly surprising. However, all potential ignimbrite deposits appear to have been formed at the very beginning of Martian history, during the first billion years of the planet’s life. This new theory can be confirmed when rock samples collected by Perseverance are brought to Earth by future missions.