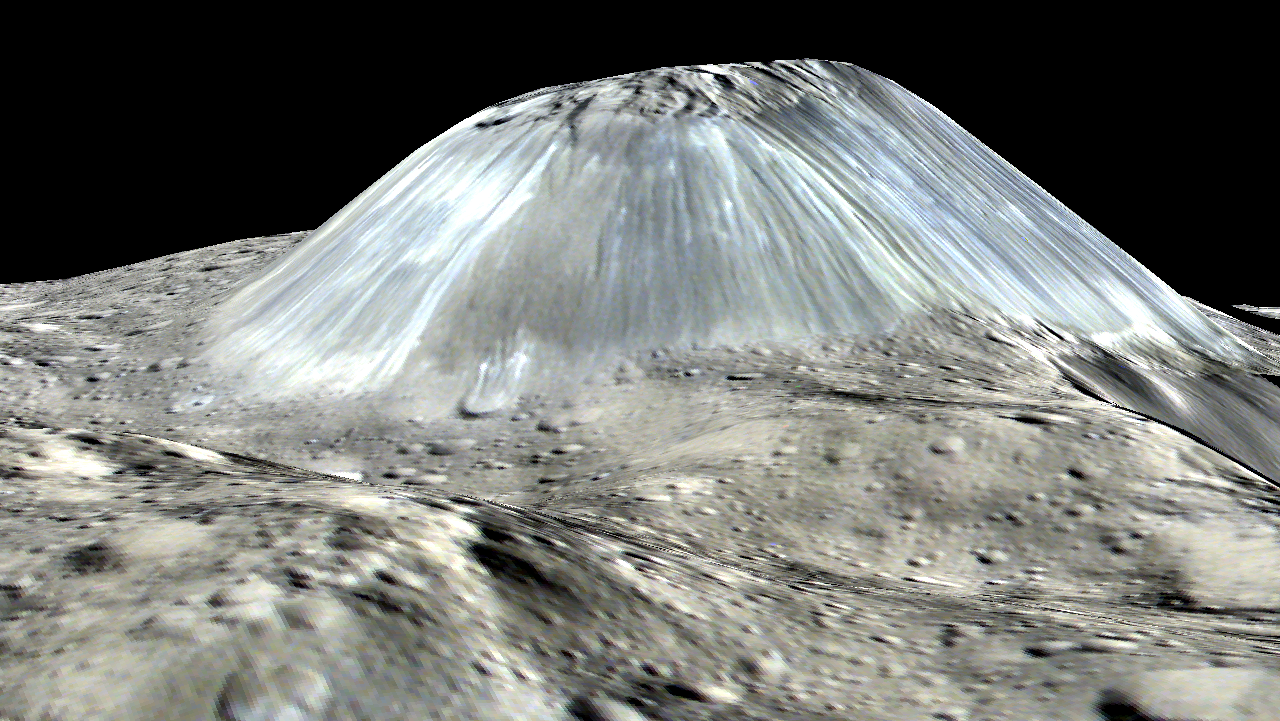 The landscape of Ceres in General does not differ a special variety. Craters, relatively flat areas, the lowlands — in a word, standard space set. Against this background, the mountain of Akhun looks like a real alien. It is the only such formation on Ceres. The mountain in splendid isolation rises five miles above the surface of the dwarf planet.

When Dawn first sfotografiroval of the Sea, she put scientists in a deadlock. On the dwarf planet there is no movement of lithospheric plates, and the temperature of the subsoil is too low, there could be magma. Mountains can occur after asteroid impact (the Central peak of the crater), but the Sea is close and similar education. And so, exhausting all the options, the researchers came to the conclusion that the Sea is krivulka.
In favor of this theory says several factors.

The shape of the mountain resembles a volcanic dome at its top, there are specific cracks, and on the slopes there are lines that commonly arise when rockfalls. At the foot of the mountain there is a fairly smooth area, which obviously trickled down the streams of salt water, performing the role of magma. 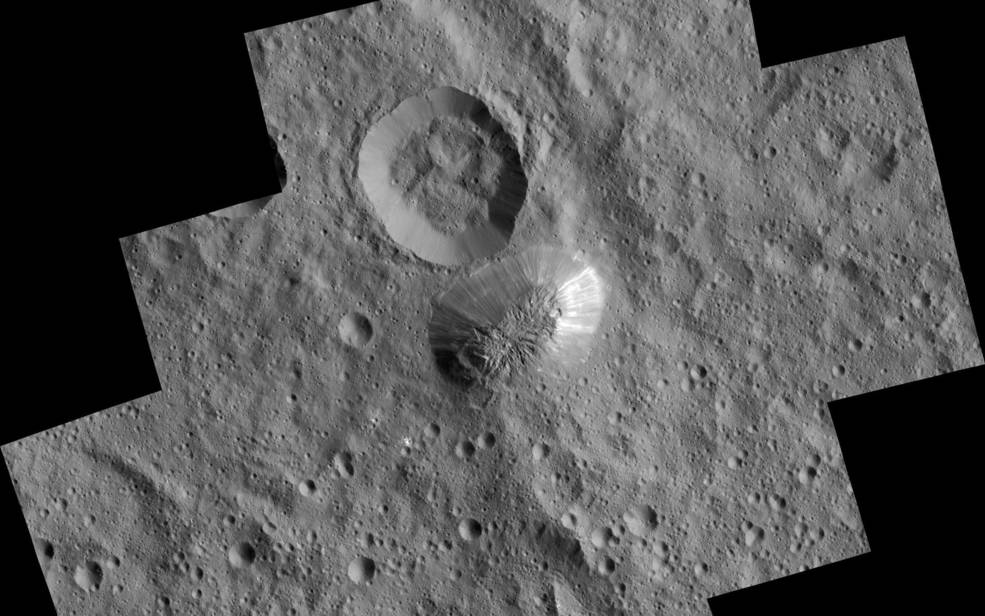 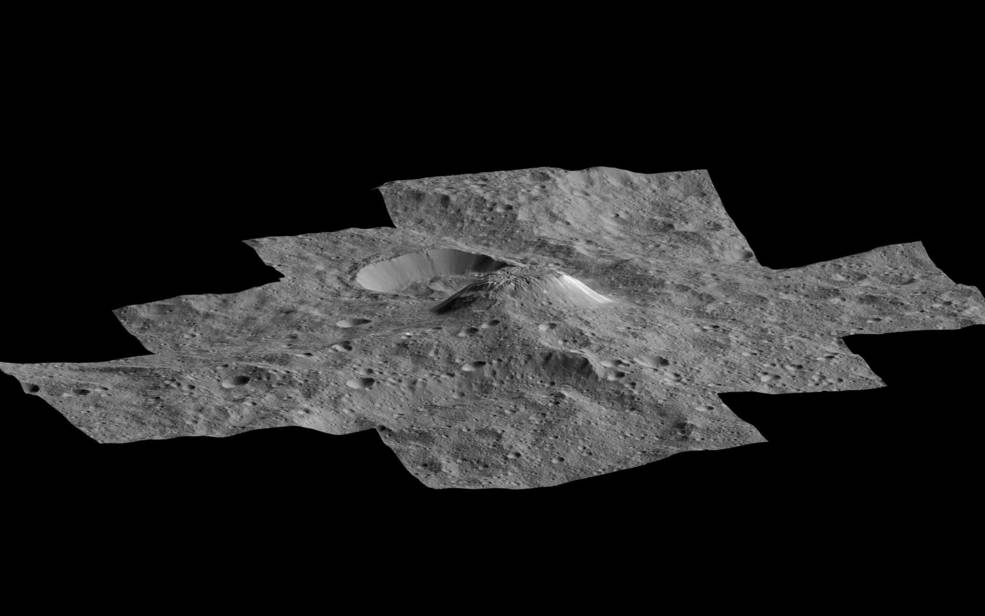 Of course, the cryovolcanism are not something new. They are found on Triton, Enceladus and Titan, apparently, they were also able to identify and Pluto. But the fact that there their existence is due to tidal interaction, which heats the interior of these bodies. Ceres also hang out in the asteroid belt alone.

The volcano could be explained if it was formed at the dawn of the Solar system, when the depths of Ceres fueled by the decay of radioactive elements. But the Sea is much younger. According to various estimates, its age ranges from 70 to 250 million years. So, as is often the case in astronomy, the answer to one question spawned another.

It is also worth noting that the machine Dawn apparently was able to confirm that from time to time, Ceres acquires some semblance of a temporary atmosphere. For six days he neutron spectrometer, and gamma rays GRaND recorded the bursts of electrons. This is usually fixed when the solar wind collides with the magnetosphere or the atmosphere of a celestial body. But as you know , Ceres no magnetic field.

But even in 2014, the telescope “Herschel” was fixed on the dwarf planet traces of water vapor. So Ceres is not a geologically dead body, as it may seem at first glance. In its depths is definitely some kind of activity.